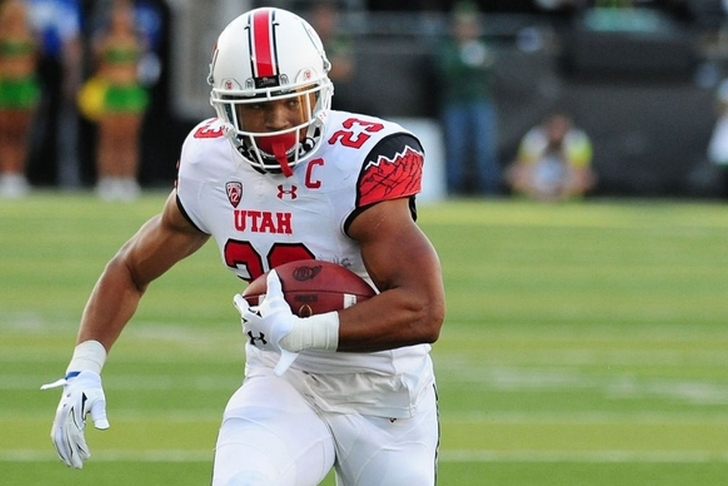 The Oakland Raiders have Latavius Murray as their starting running back, but the Raiders are interested in adding another RB during the 2016 NFL Draft. In particular, the Raiders are paying close attention to Utah RB Devontae Booker.

Booker was originally set to work out during Utah's Pro Day on March 24th. However, Booker is recovering from knee surgery and wasn't able to participate.

Utah leaned heavily on Booker last season, but his knee injury could drop him down draft boards a bit. Booker looks like a Day 2 pick, with the third round looking like the most likely option. He's already 24 years old, but could be a solid running mate for Murray.