Raiders Rumors: Oakland Strongly Considering Trading Up To Pick #5 Or #6 For Bradley Chubb 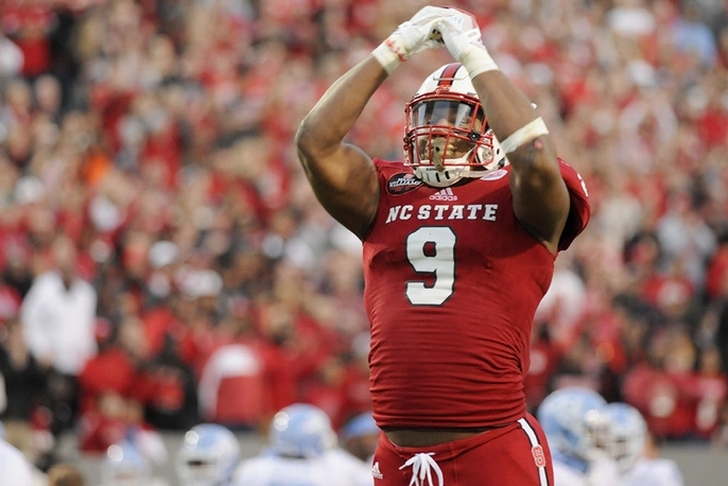 The Raiders rumors are swirling around the 2018 NFL Draft, with the recent news that the Oakland Raiders may trade up to select NC State defensive end Bradley Chubb.

According to Vic Tafur of The Athletic, the Raiders "would strongly consider" moving up from No. 10 if Chubb is still available at five or six.

If there is a run of quarterbacks early in the NFL Draft this could force players such as Chubb to slip down the board. If this happens the Raiders would be interested in trading up to grab a defensive edge rusher.  Per Tafur, Oakland would "love" to pair linebacker Khalil Mack with Chubb.

Chubb is projected to be the top player on the Raiders Big Board so it shouldn't surprise anyone that Oakland wants to trade up. The Raiders ranked 24th last season in sacks so adding a prolific pass rusher like Chubb would be a great fit.

The powerful defensive end dominated the ACC with an elite combination of strength and speed and has the talent to be a top-five pick. He destroys smaller offensive tackles, sets the edge, and is an ace against the run. He will help reshape any pass rush and should have a long career of being feared as a pass rusher.