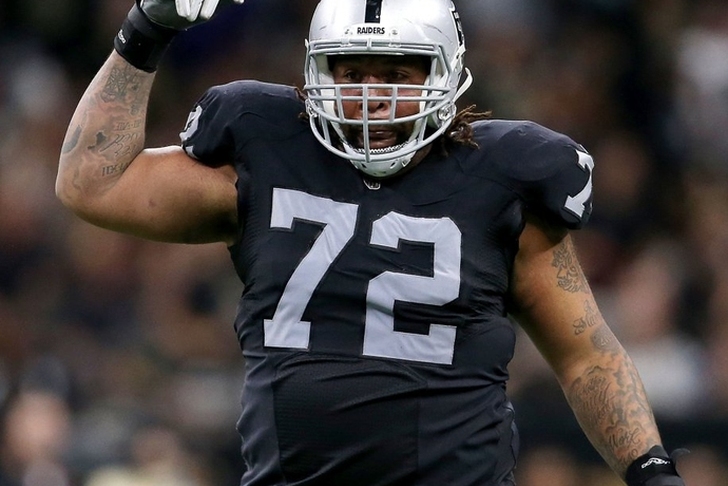 The Oakland Raiders' star OT Donald Penn is a suspect in a domestic violence incident according to TMZ Sports.

Penn allegedly slapped his wife's butt and then poured a drink on her head and grabbed her by the wrist as the two had an argument. The police were called to Penn's home Sunday evening, but when they arrived, Penn had left the scene.

The police took a report and are currently investigating.