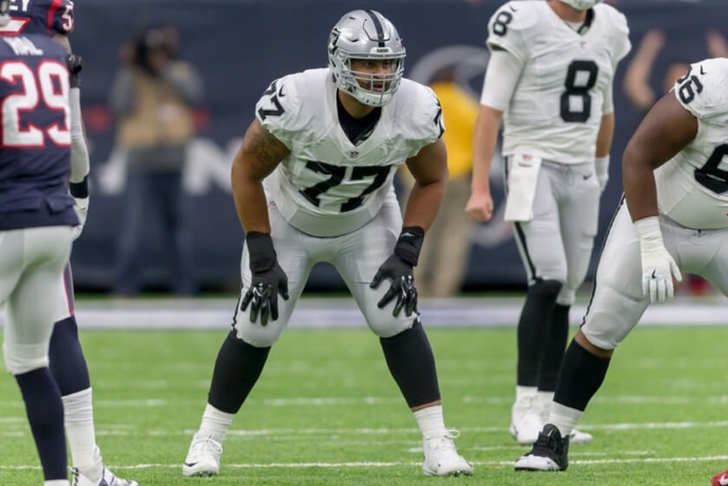 The Oakland Raiders currently have over $30 million in cap space, but as the team prepares to give quarterback Derek Carr and guard Gabe Jackson big extensions - with one for Khalil Mack coming very, very soon - they need to find ways to create more cap space.

Who will be the cap casualty (or casualties) for the Raiders so they can afford those extensions? Maurice Moton of FanSided writes that Austin Howard seems to be the most likely victim.

As a result, McKenzie will spend at least $32 million on contract extensions alone. Keep in mind, the team hasn’t signed its top three rookies yet.

In order to regain cap flexibility, another veteran has to hit an early exit on the Raiders’ 2017 journey. The team recouped $4.5 million after cutting defensive tackle Dan Williams. McKenzie can save $5 million by dumping Howard’s contract post-June 1, per Overthecap.com.

Howard will miss a majority of the offseason program as he recovers from two offseason shoulder surgeries. The seventh-year pro will likely lose his roster spot shortly before the preseason if he’s not released in June for cap relief.

Howard is currently Oakland's fourth highest-paid offensive lineman. He has two more years left on his current contract, which would pay him $6.4 million in 2017 and $6.9 million in 2018.

Howard has spent each of the last three seasons with the Raiders, but has been hampered by injury of late. He underwent surgery this offseason to repair a torn labrum and rotator cuff, and a knee injury limited him to 13 games in 2015.