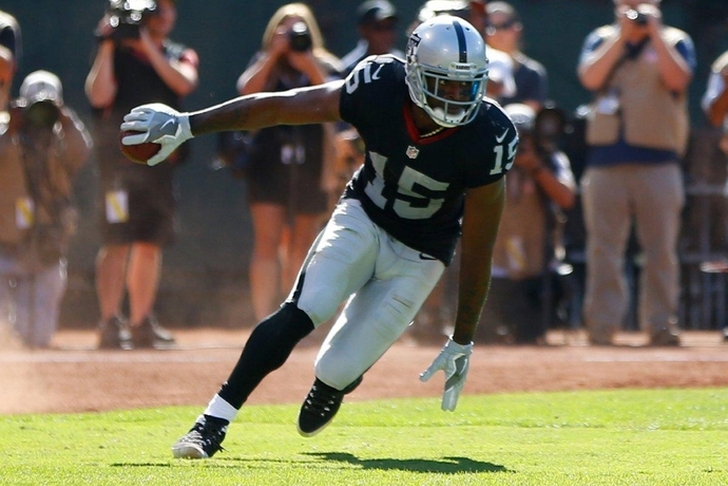 The Oakland Raiders suffered through a disappointing 2017 season that saw them miss out on the postseason with a 6-10 record, and new head coach Jon Gruden may make some changes to the roster in hopes of bringing them back to the playoffs next season.

Wide receiver Michael Crabtree was already facing major questions about his future with the team due to his expensive contract, and ESPN's Paul Gutierrez thinks there's a good chance Oakland will cut him.

Hear me out, because this is not necessarily advocating for Crabtree to move on from Oakland. It's just that things need to change for the receiver to excel under Jon Gruden. Crabtree, who started having bad drops, was forgotten at the end of last season as he was targeted only five times in Oakland's last two games and had two catches for 18 yards. This after being targeted a combined 30 times in Weeks 14 and 15. "If I react, then I'm a bad guy, you know what I'm saying," Crabtree, who signed a four-year extension for $34 million in December 2015, said after this year's season finale. He's due base salaries of $7 million in 2018 and $7.5 million in 2019, though there would be no dead money on Oakland's books should the Raiders cut him. Yes, a change of scenery is needed for Crabtree. But Gruden taking over might be enough.

Crabtree vented his frustrations with the Raiders and his usage following Oakland's regular season finale.

“I played probably 13 plays, wasn’t in the game plan, so I did what I was supposed to do,” Crabtree said after the game. “Every time I went in I did my job. I done played 60 minutes every time we play. Game winners after game winners, like I do everything they asked of me. These last two games, I probably had three targets, but nobody’s saying nothing about that.

He caught 58 passes for 618 yards and a team-high eight touchdowns this season.