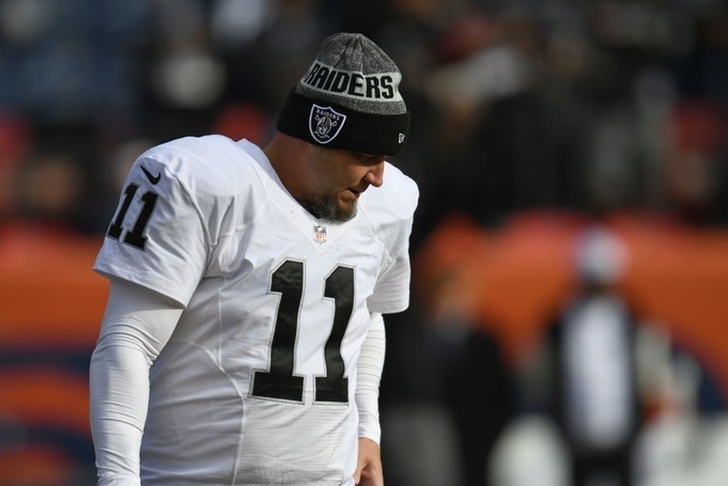 The Oakland Raiders have already made almost all of their offseason cuts and free agent signings, but another one could be on the way.

According to Ryan Cavinder of USA Today, the Raiders should cut longtime kicker Sebastian Janikowski - and the front office may be planning on doing so:

As difficult as it may be for Raiders fans to hear, Janikowski is not the kicker he once was. His role has diminished, thanks in part to a high-powered offense more adept at finding the end zone, and his stats have declined considerably.

While Janikowski’s performance has slipped into mediocrity, the former first-round pick is scheduled to make $4.4 million this season, far exceeding the league average of less than $1.5 million, according to Spotrac.com.

Oakland would suffer only $360,000 in dead cap space if they parted ways with their all-time leading scorer. They wouldn’t have to send out a search committee to find his replacement, either, with backup Giorgio Tavecchio waiting in the wings.

The Raiders recently re-signed the heir-apparent for a third straight season, a sign that even the front office believes the end is near for Janikowski.

It was the fourth-straight year in which he made less than 87 percent of his field goals. Janikowski also went 3-8 on field goals of 50+ yards, his lowest percentage since his rookie season.