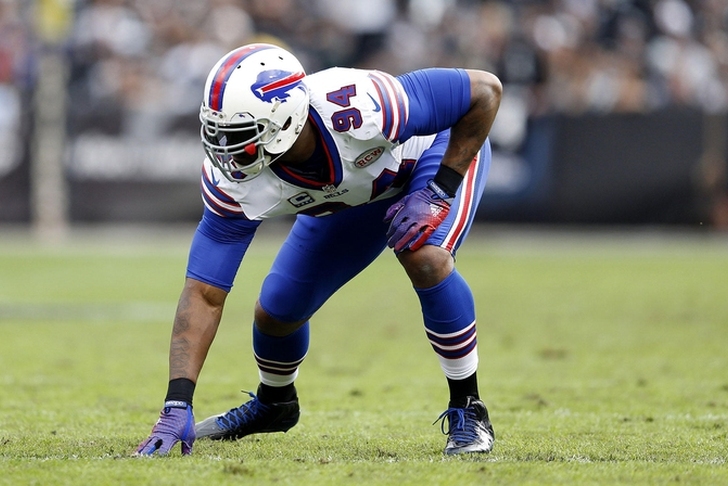 The Buffalo Bills may very well part ways with defensive end Mario Williams, considering his highly-publicized clashes with the coaching staff and the trouble he had adjusting to head coach Rex Ryan's 3-4 defense.

If Williams is cut before March 9th, ESPN's Bill Barnwell believes the Oakland Raiders could be a player for the 31-year-old pass rusher:

"Assuming the Bills are going to release the 2006 No. 1 pick, Williams would be a good fit for the Raiders, who are losing Justin Tuck to retirement. They already have a monstrous pass-rusher in Khalil Mack, but there are concerns about the long-term health of 2015 second-rounder Mario Edwards, who has a "possibly genetic" issue with his neck that could jeopardize his long-term future."

The Raiders would use Williams in a traditional defensive end role rather than trying to fit him into a hybrid slot like Buffalo did. He wont command anything near the six-year, $96 million ledger of his last contract, but he'd still be worth a solid chunk of change for a Raiders team wielding over $70 million in salary cap space. More Raiders news inside the Chat Sports iPhone and Android apps!

Other teams who could be a player for Williams include the Carolina Panthers, Denver Broncos, Philadelphia Eagles and New England Patriots.