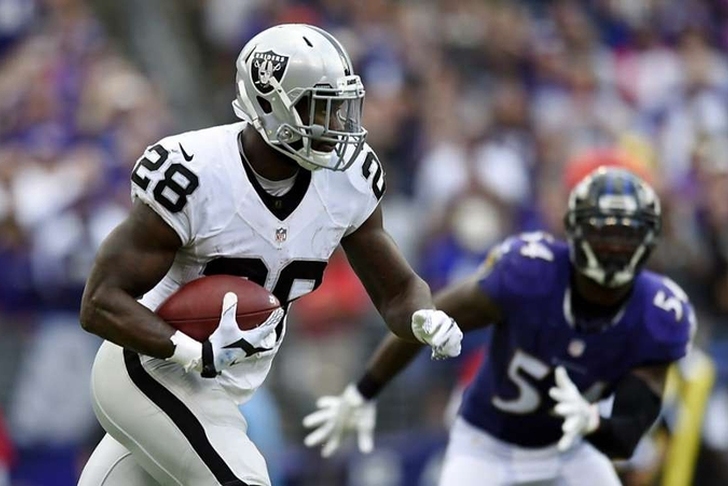 Oakland Raiders running back Latavius Murray figures to be one of the top running backs available in free agency this offseason, and while the Raiders have said they would like to re-sign him, they don't plan to get into a bidding war.

Several other teams are also interested in signing him, one of which is the Philadelphia Eagles. On Instagram, Murray posted this picture with Eagles quarterback Carson Wentz with the caption "I'm just here to help."

Many see this as a sign or a hint that Murray wants to sign with the Eagles. Philadelphia has a need at running back, as Ryan Mathews was their leading rusher with 661 yards last year. They also had six different running backs combine for 16 rushing touchdowns.