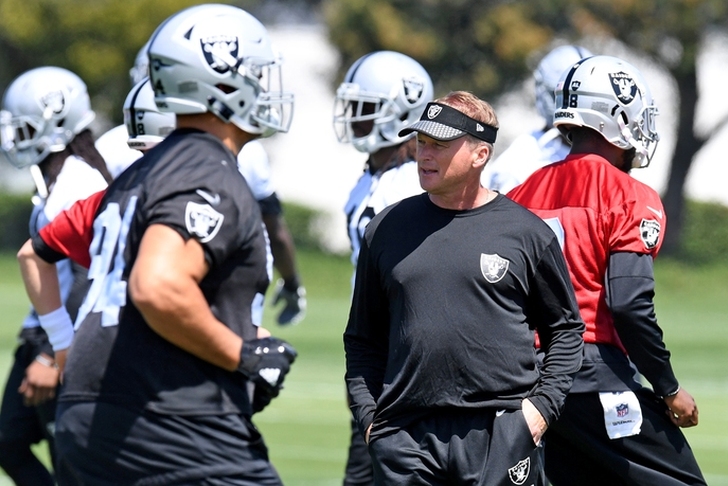 The Oakland Raiders rumors have been swirling during OTA's and on the first day of minicamp, Raiders head coach Jon Gruden turned into "Chucky" after a fight broke out after a play between DE Fadol Brown and rookie RT Brandon Parker.

Gruden ejected Brown from practice after the scuffle based on the situation the team was practicing.  The critical situation during practice was a two-minute drill and the situation was predicated on clock management and execution. The defense was trying to prevent a score before halftime and the penalty put the offense in field goal range.

NEXT READ: Here Are The 6 Biggest Takeaways From The Oakland Raiders OTAs

Gruden wasn't happy at all with the situation.

“I didn’t like what happened today, particularly in the situation,” Gruden said. “You hear all this ‘situational football’ talk around the league. We’re in a two-minute drill to win the game, and we got a guy ejected for fighting. That’s a 15-yard penalty, and (kicker) Eddy Pineiro ended their day with a game-winning field goal.

“I’d hate to fly back from London or wherever the hell we got to play, Miami or all these road trips we got, losing a game like that. So, sorry for getting unglued.”

Before this incident, Brown had been having a solid offseason and was named a Raiders' sleeper to keep an eye on in 2018.  Bottom line, Gruden won't take any BS during practice, because in order for the Raiders to make it back into the playoffs in 2018, they will need to bring the same energy and focus to practice as they would a game!