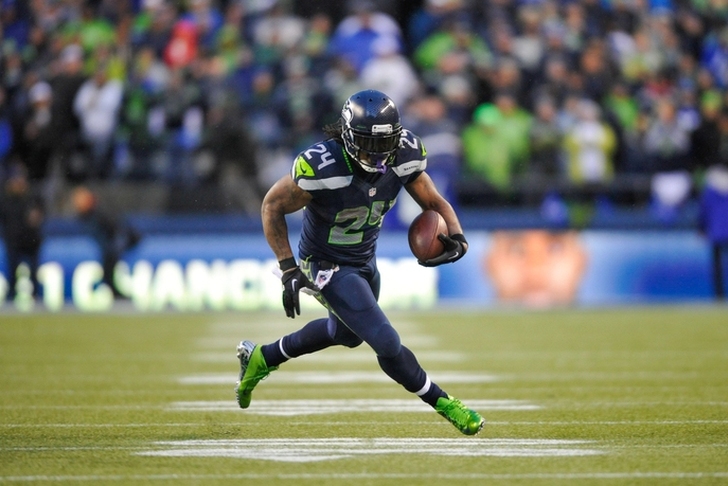 The Oakland Raiders and Marshawn Lynch have yet to agree to a new contract, which is the first step in getting the running back to play for his hometown team. It's assumed a deal will get done, but Ian Rapoport of NFL.com reports there's a deadline for the Raiders and Lynch to get a deal done.

"Right now, there's no agreement between Marshawn Lynch and the Oakland Raiders, and the real deadline here - they hoped to have it done by yesterday when offseason conditioning started, didn't happen --the real deadline here is the draft," Rapoport said. "Because it is possible that the Raiders get on the clock Thursday night or Friday, and say 'Alright, we're going to take this running back. He has a value here for us. We're just going to take the leap.' And once they take a running back, it probably will close the door on Marshawn Lynch."

The Raiders are expected to take a running back in the draft even if they sign Lynch. But where they take that running back could indicate whether or not the Raiders add Lynch. Like Rapoport says, a round one or two pick could spell the end of Lynch. A day 3 pick wouldn't preclude the Raiders from adding Lynch.