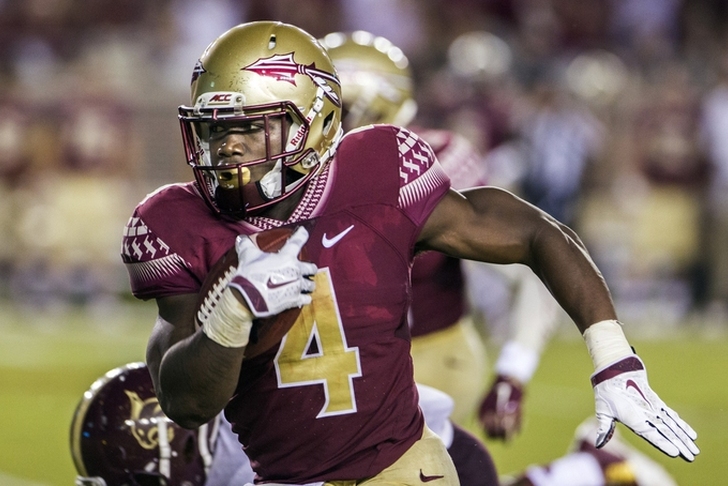 The NFL Draft is just over a week away and the Oakland Raiders have focused much of their attention on that. However, the Raiders' offseason plans extend beyond just the draft. The Raiders could still make a more or two in free agency and have some players due for contract extensions. Here are all the latest Raiders rumors and news you need to know.

Contract Extensions Coming Up?
The Raiders didn't spend a ton of money in free agency, in part because they needed to save cap space to give their young players new contract. So it's not a surprise that Ian Rapoport reports the Raiders want to get those deals done.

Contract note: #Raiders expected to pursue an extension with G Gabe Jackson, along with QB Derek Carr this offseason. Khalil Mack next one.

All three players were drafted in 2014, with Oakland's first three picks. Mack might get a deal done last, since the Raiders control his rights for the longest. Expect talks to pick up after the NFL Draft.

Raiders And Dalvin Cook?
The Raiders are expected to land Marshawn Lynch (no update on that yet, sorry), but they might not be done adding RB help in the draft. However, one player they apparently don't have any interest in is Dalvin Cook. Eric Galko of The Sporting News reports the Raiders won't take Cook. That's likely because of the off-the-field worries around Cook, which have led to reports he might fall out of the first round. If the Raiders take a RB, it likely won't be in the first round and potentially early on Day 3.

The Raiders need safety depth and could look for a young player to groom behind Reggie Nelson. Ford is a likely Day 3 pick.