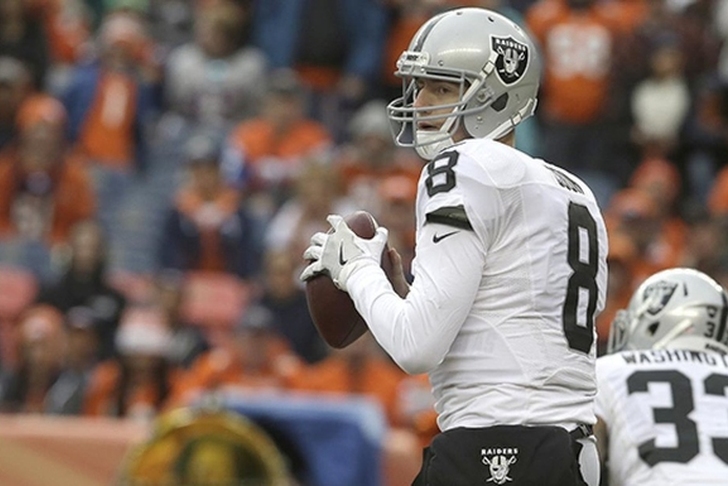 The Oakland Raiders drafted Connor Cook in the fourth round of the 2016 draft in hopes that he would develop into Derek Carr's backup quarterback, but after two disappointing starts as a rookie, Oakland signed E.J. Manuel to provide more depth at the position.

Manuel beat out Cook for the backup job last year and, while the two are competing for the No. 2 spot again, Cook has been getting all of the second-team reps in OTAs, according to Silver & Black Pride's Levi Damien.

Connor Cook was taking the second team reps. This happened last offseason as well, but by the time mandatory minicamps came around, EJ Manuel had clearly outplayed Cook to take the number two spot — a position he didn’t relinquish. Cook appears to be getting an even shot again, so we’ll see if he has made progress from last year.

Cook did not take a snap last season. In 2016, he passed for 150 yards with a touchdown and an interception in the regular season finale before throwing three interceptions in the wild card game that year. Oakland lost both games.

Manuel did appear in two games last season and the Raiders lost both of those games as well.

The Raiders have not won a game without Derek Carr under center since Matt McGloin won one of six starts in 2013.