Raiders Plan To Target Cornerback In First Round Of Draft 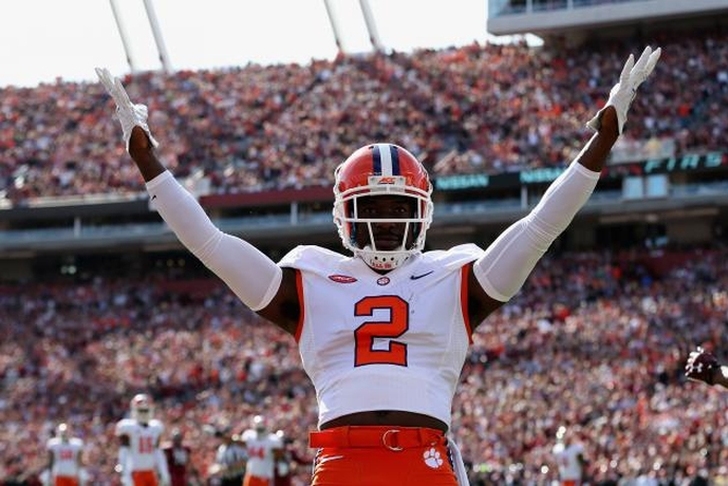 The Oakland Raiders haven't been shy about their plans to upgrade their secondary through the draft, but they're likely to miss out on the top prospects since they hold the No. 14 overall pick. However, there are still a few exciting prospects Oakland has their eyes on, namely Clemson cornerback Mackensie Alexander and Ohio State cornerback Eli Apple.

SB Nation's Tyler Green breaks down the case for each:

Mackensie Alexander: "There has never been a cornerback drafted who didn't have a single interception while in college. But as the most projected Raiders draft pick, there is a legitimate chance this could happen. One of the reasons Alexander did not have an interception was because he was rarely targeted by offenses as he was often in great coverage. While that is a positive, it makes it difficult for teams to judge his ball-skills as there are not many examples to watch. Alexander lacks ideal size (5'10", 195 lbs) but has great movement skills and toughness that should develop him into an elite nickel cornerback."

Eli Apple: "Reggie McKenzie loves his big cornerbacks, and at 6'1", 200 lbs, Eli Apple fits the mold that NFL teams are looking for. Apple uses his size to be physical in press coverage but also shows agility and looseness that you would expect in a smaller cornerback. His biggest drawback is that he uses his hands too much when the ball is in the air and as a result, projects to draw many penalties unless this is fixed. While Apple is rawer than Hargreaves and Alexander, he has a high ceiling along with the frame and skillset to develop into a number one cornerback."

Oakland is most likely to draft Alexander since he is project to go in the middle of the first round while Apple is a late first, early second-round pick.

Follow our Oakland Raiders news page for all the latest Raiders draft news!