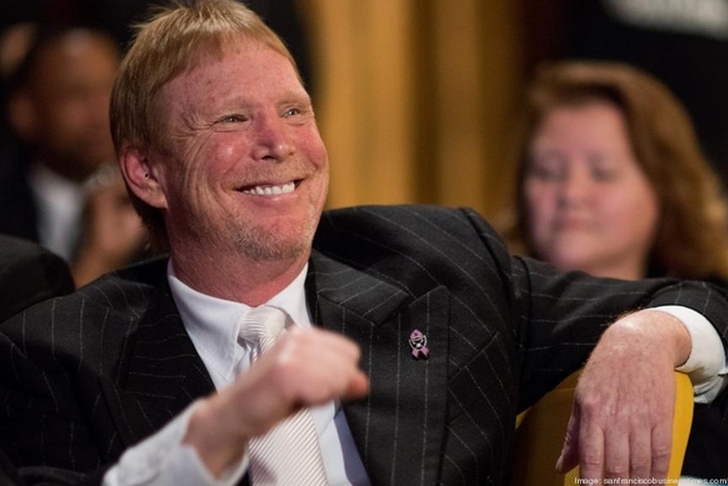 The Oakland Raiders have officially filed the paperwork to relocate to Las Vegas, the NFL announced on Thursday.

“Today, the Oakland Raiders submitted an application to relocate their franchise to Las Vegas, as is provided for under the NFL Policy and Procedures for Proposed Franchise Relocations,” the NFL said in a statement. “The application will be reviewed in the coming weeks by league staff and the Stadium and Finance Committees. The relocation of a franchise requires the affirmative vote of three-quarters of the NFL clubs (24 of 32).”

The franchise already has the financial backing needed to fund a new stadium in Las Vegas, which will be a 65,000-seat domed stadium. The state of Nevada is contributing $750 million in public money for the new stadium, and casino mogul Sheldon Adelson has pledged $650 million (Goldman Sachs will provide that money if Adelson backs out of the deal). The NFL would be responsible for paying the remaining $500 million.

That stadium will not be ready for a few years, and the Raiders are still determining what they will do before the stadium opens as Las Vegas does not have a suitable football stadium for NFL games (UNLV plays at Sam Boyd Stadium, which only holds 35,500 people). According to ProFootballTalk, they are expected to play in Oakland through "at least the 2018 season," which their stadium lease allows them to do.

Now, the only thing standing between the Raiders and officially relocating would be the owners' vote. That vote will not occur late March at the owners' meetings. 24 of the 32 owners need to approve the move for it to happen.