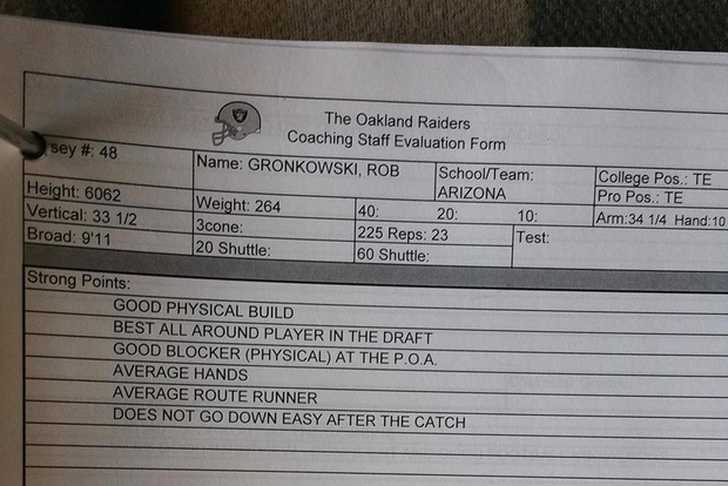 The Oakland Raiders selected Rolando McClain with their first pick in the 2010 NFL Draft (No. 10 overall), but what did they think of the other top prospects that year?

Well, we now have a pretty idea after an anonymous source "stumbled upon" a binder filled with assessments from the team's scouting department. In it are the franchise's thoughts on a number of the top players selected at quarterback, tight end, wide receiver and more.

Some of the more notable points:

-Sam Bradford and Jimmy Clausen, despite occupying the top-two spots on the Raiders' quarterback board, had major red flags listed. Bradford was questioned for his injury history and ability to handle pressure, while Clausen was criticized for his throwing motion and maturity level.

-One scout called Rob Gronkowski the "best all-around player in the draft." Jimmy Graham was No. 4 on the team's tight end board behind Gronk, Jermaine Gresham and Aaron Hernandez.

-Dez Bryant, who was called a "possible beast" by one scout, was one of two wide receivers projected to go in the first. The other was Demaryius Thomas. Other receivers on the team's board were Eric Decker, Jacoby Ford (who the Raiders traded up for), Emmanuel Sanders and Antonio Brown.

-Earl Thomas, who went to the Seahawks just six picks after McClain, received an incredible overall evaluation that said he had "no limitations" and "does everything you want to see in a safety." 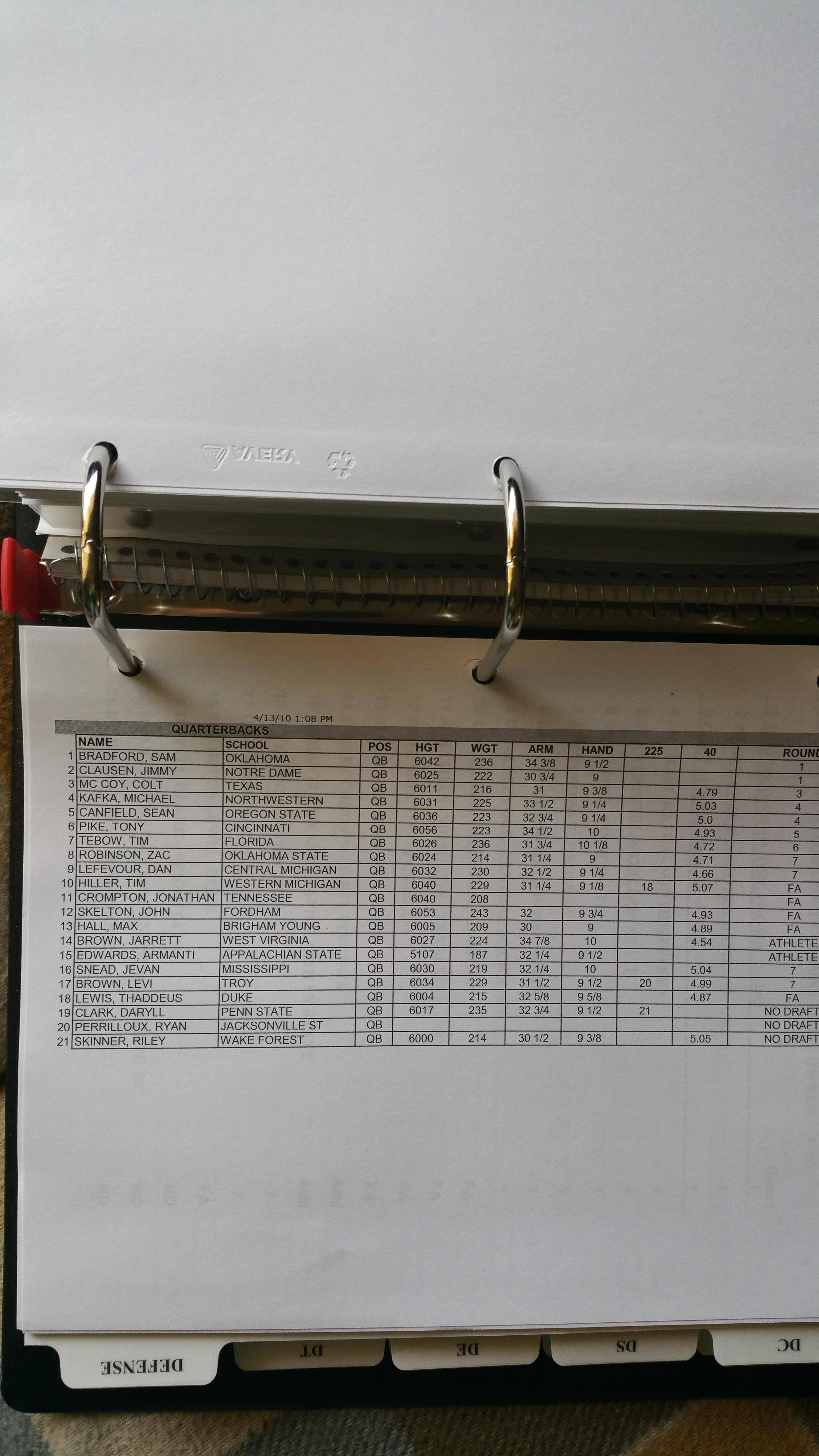 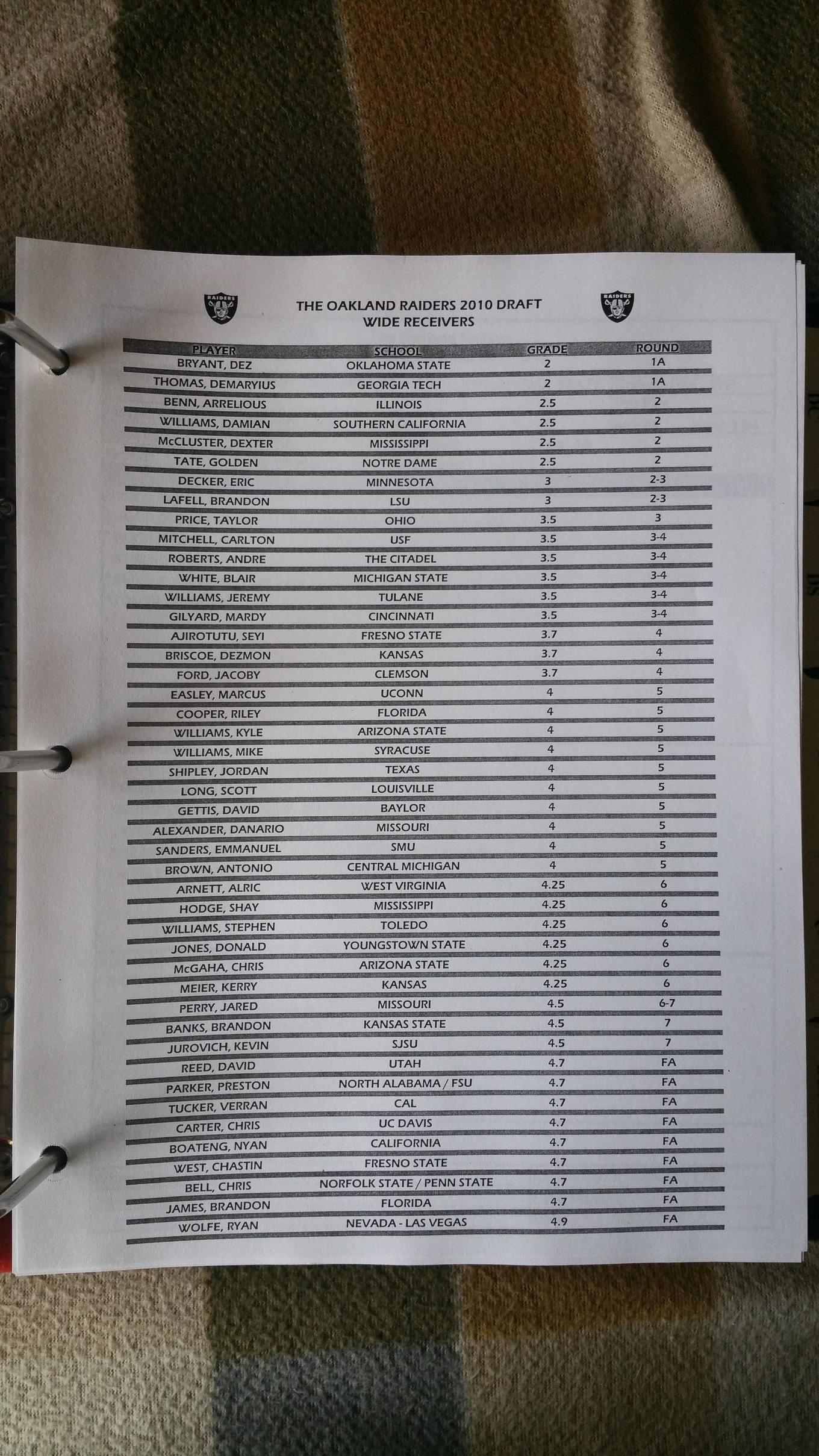 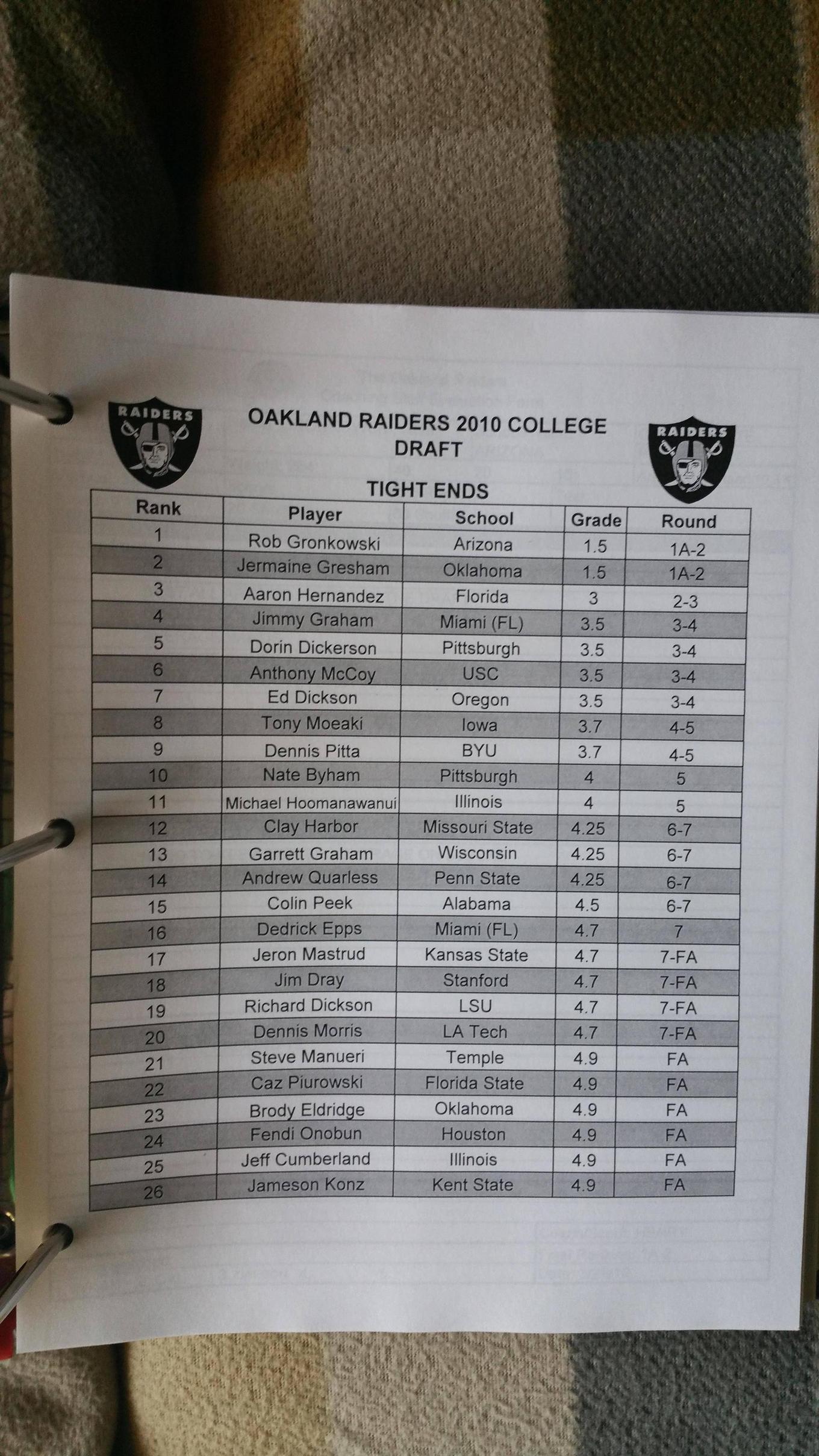 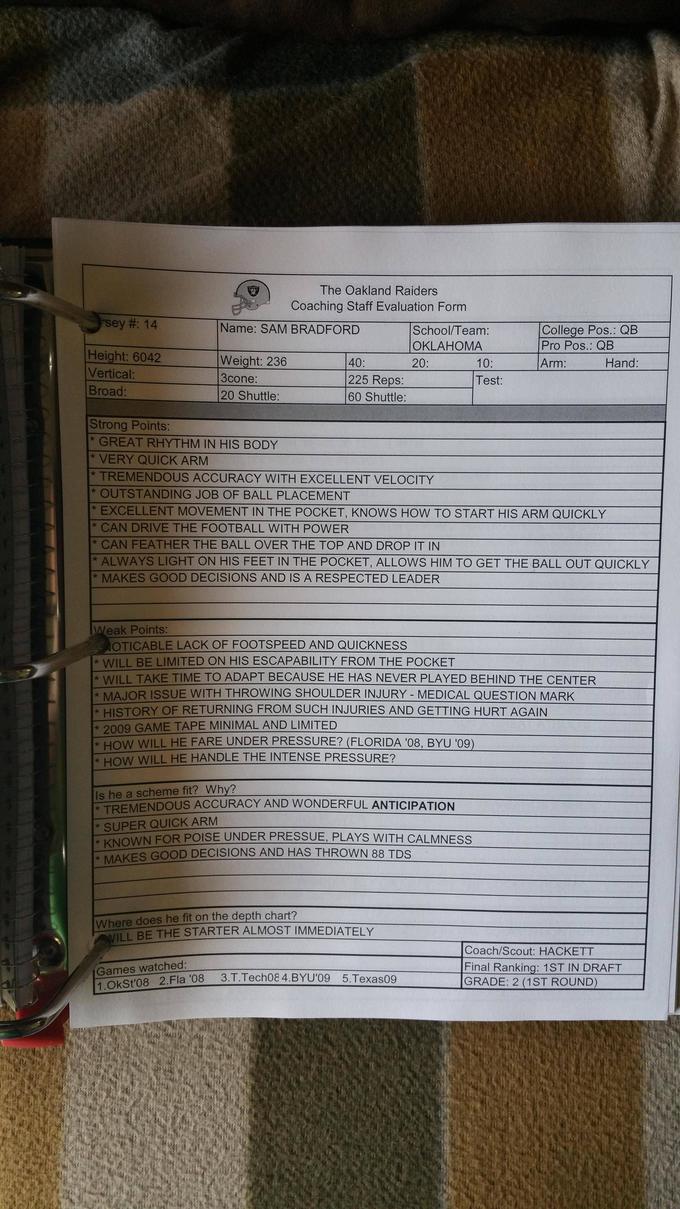 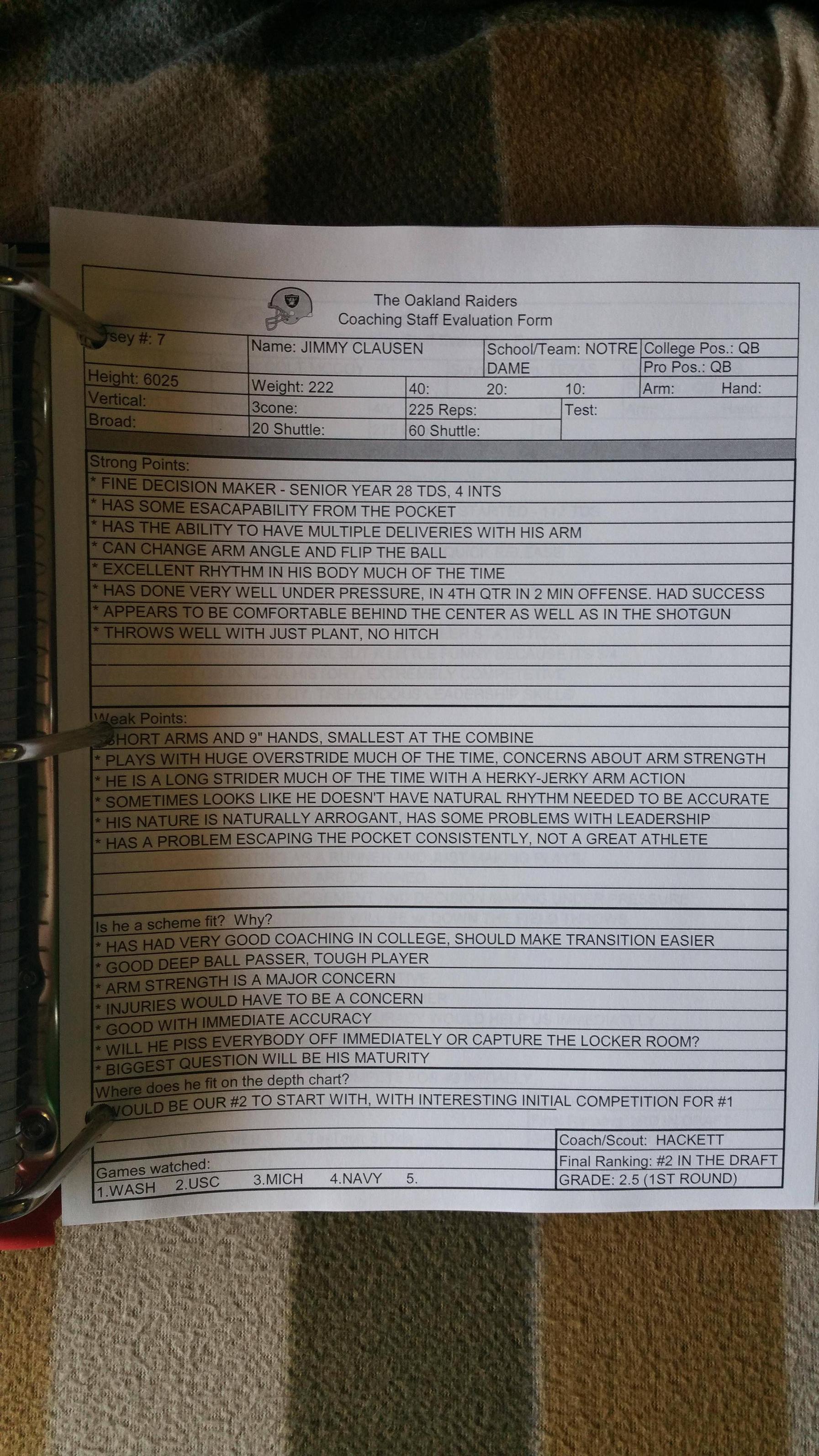 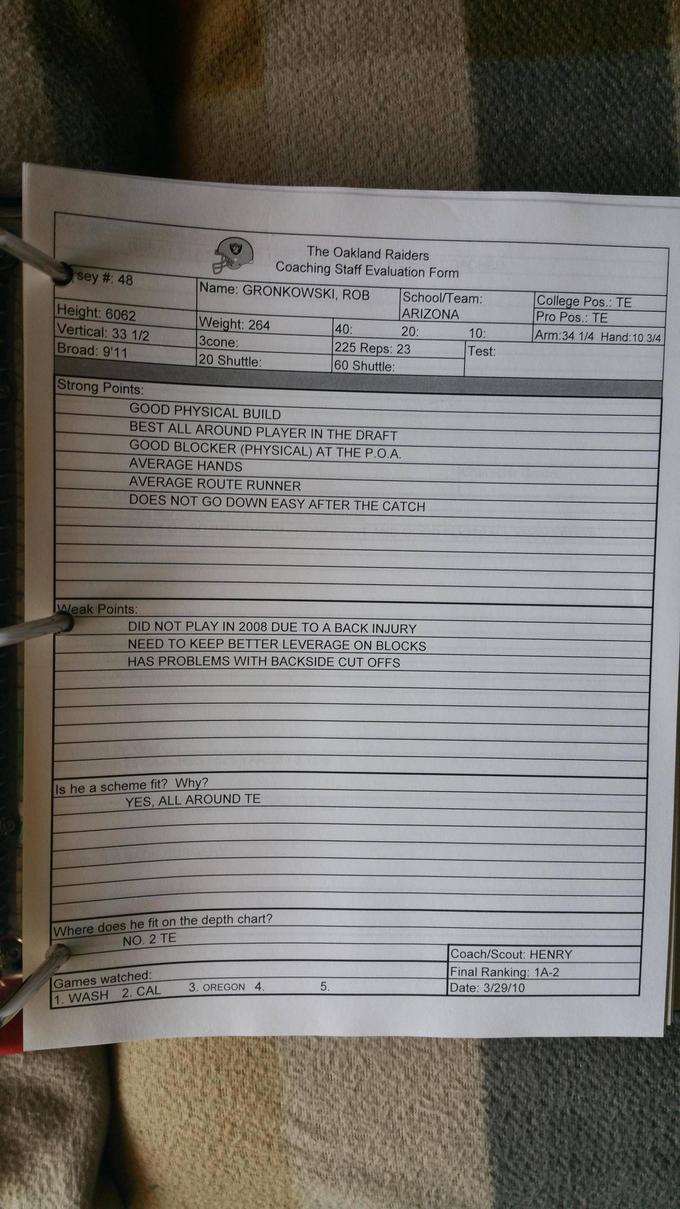 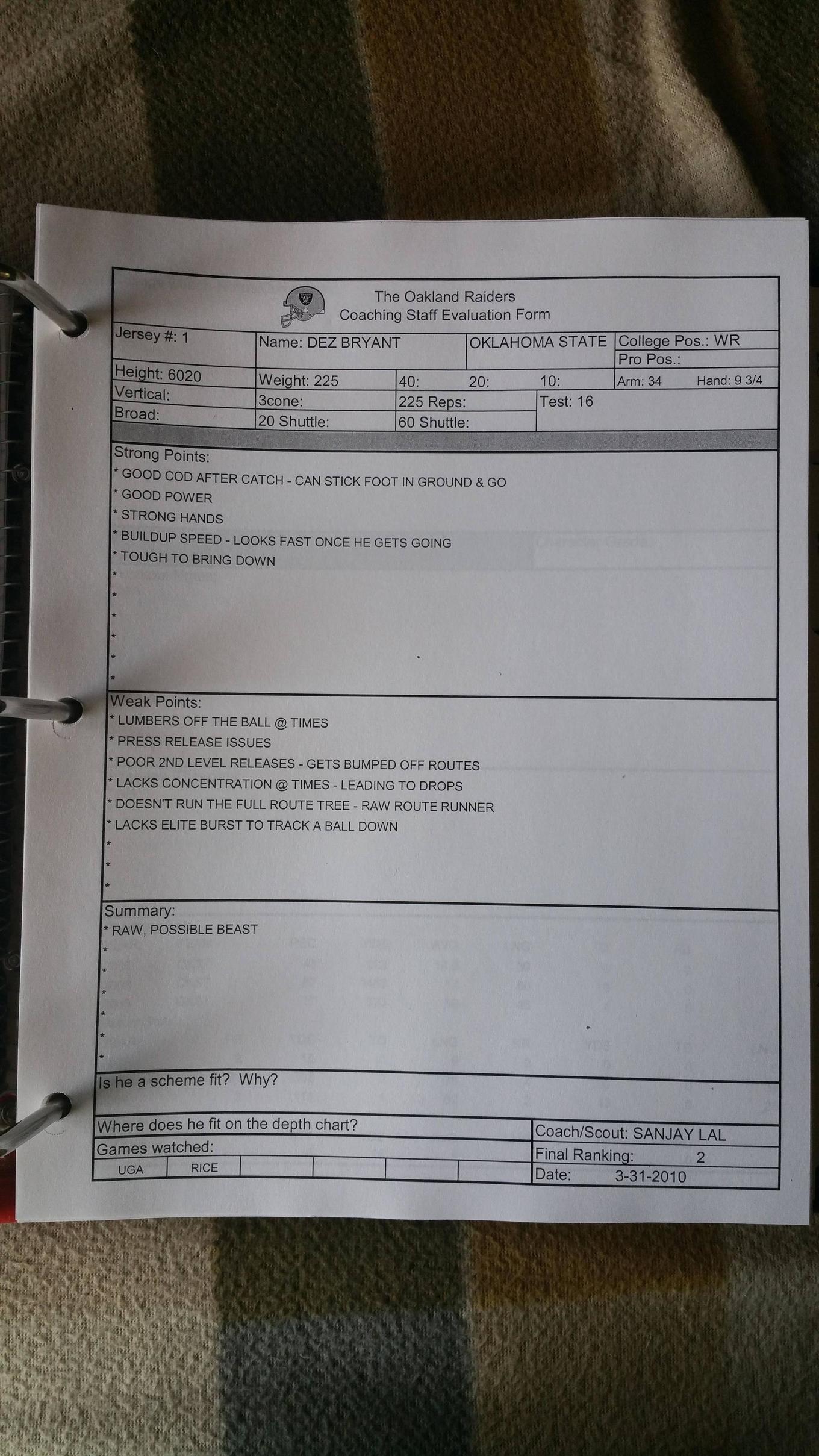 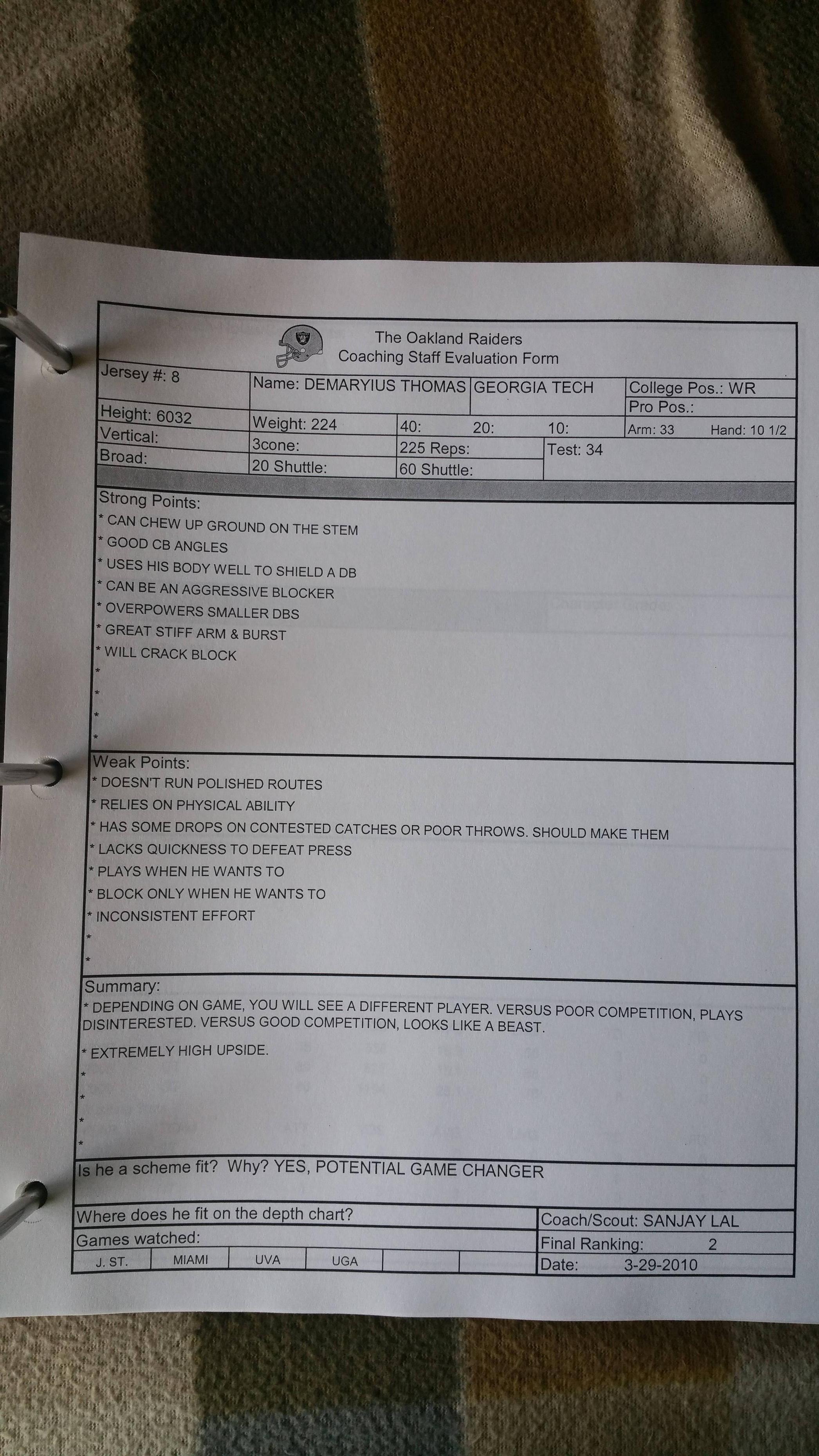 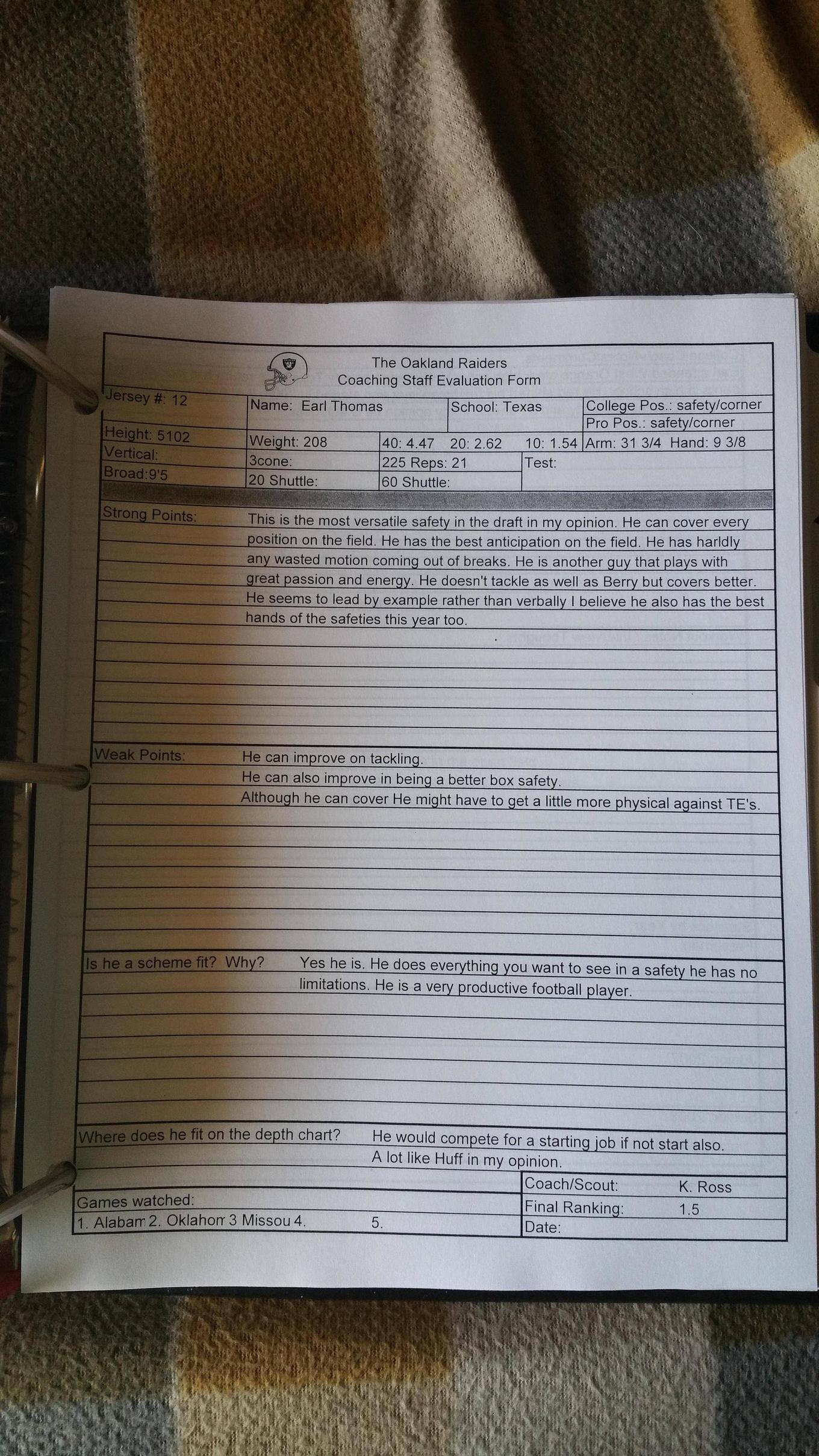