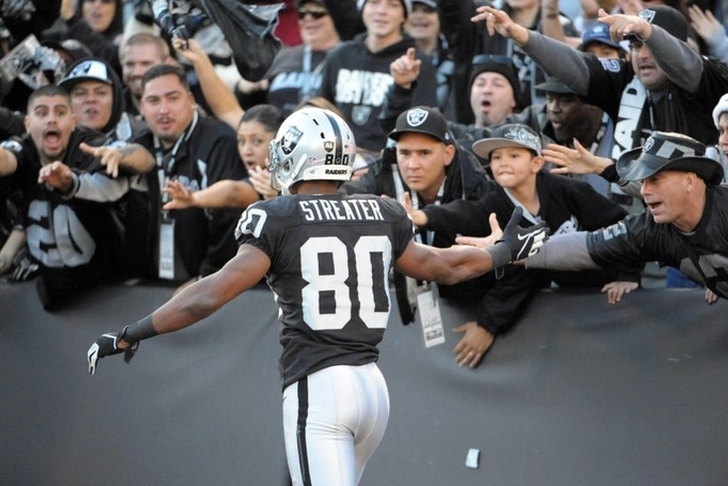 Oakland Raiders wide receiver Rod Streater is in uniform on Sunday and practicing for the first time this training camp.

Streater began camp on the team's non-football illness list.  The team activated him on Sunday.

Coach Jack Del Rio has not divulged specific reasoning for his prolonged absence.

Per Jimmy Durkin of the Bay Area News Group, "Streater is working with the first and second team offense’s in a non-padded practice, the team’s first since an 18-3 win over the St. Louis Rams in Friday’s exhibition opener."

Streater was limited to just three games last season due to injury. He finished with nine catches for 84 yards and a touchdown.