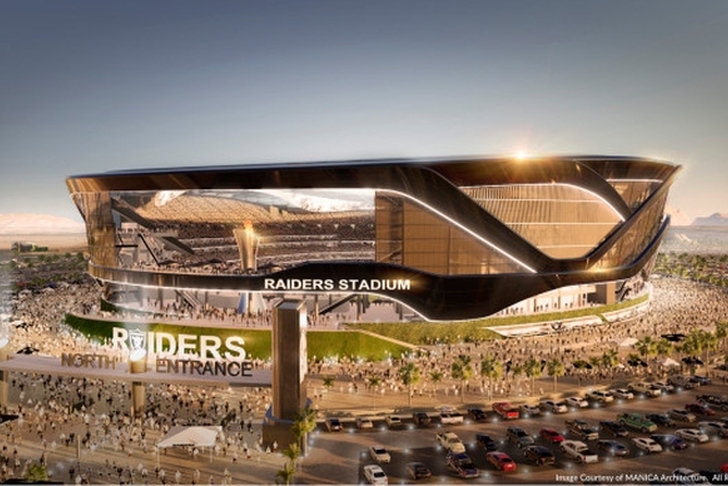 The Oakland Raiders spent another $75 million in order to secure the land in Las Vegas where they will build their new stadium, according to John Breech of CBS Sports.

Clark County commissioner Steve Sisolak announced on Monday that the Raiders have officially purchased the land where they'll be building their new stadium in Vegas, and let's just say, it wasn't cheap.

According to the website of the Clark County records' office, the Raiders paid $77.5 million for a 62-acre chunk of land that sits just west of the south end of the Las Vegas Strip, near Mandalay Bay.

Here is what the land looks like now, along with a rendering of what the Raiders plan to do with it with this stadium rendering that was released in March.

A look at the site of the Raiders' future home in Las Vegas which is slated to open in time for the 2020 season. pic.twitter.com/Te01aAew05

The team's relocation bid was officially approved by the NFL in March, with the franchise (and NFL) responsible for paying $500 million of the $1.9 billion stadium plan.

The Raiders plan to stay in Oakland for the next two seasons while their new stadium in Las Vegas gets built.