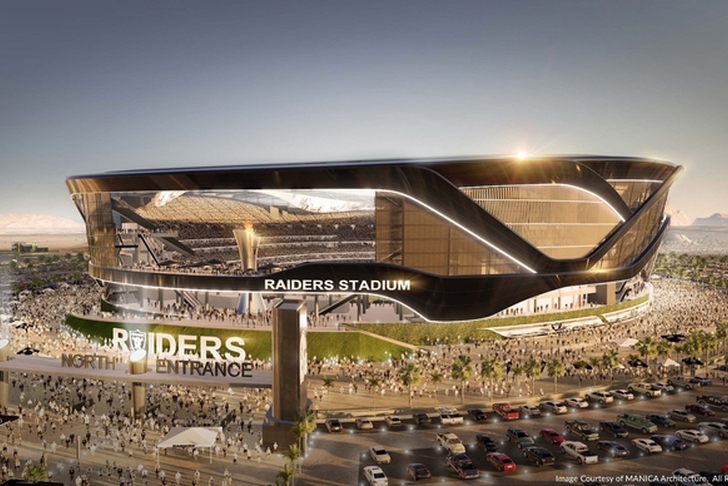 The Oakland Raiders had planned to relocate to Las Vegas in two years, but it appears they may have to wait a bit longer before making the move.

According to the Las Vegas Review-Journal, the Raiders' new stadium isn't expected to be ready until June 2020.

Construction of a 65,000-seat domed football stadium is expected to begin in January and be completed by June 2020, giving the Raiders three months to move in before their first NFL regular-season game.

The Las Vegas Stadium Authority’s draft of a preliminary project timeline shows a 30-month construction period after stadium bonds are issued. Site work on 62 acres at Interstate 15 and Russell Road, purchased by the Raiders for $77.5 million on May 1, is targeted by December.

The stadium authority board is expected to discuss the timeline at Thursday’s meeting at 1 p.m. at the Clark County Government Center.

The Raiders have a current lease that allows them to play at Oakland Alameda Coliseum in Oakland through the 2018 season. Their plans for the 2019 season remain unknown, though they have a number of options.

Oakland Alameda Coliseum could extend their lease with the Raiders, giving keeping the franchise in Oakland through the 2019 season. Another possibility is the Raiders playing their 2019 home games at UNLV's Sam Boyd Stadium (40,000 max capacity), though the viability of it will likely depend on the Los Angeles Chargers' success at the 27,000-seat StubHub Center over the next two years.