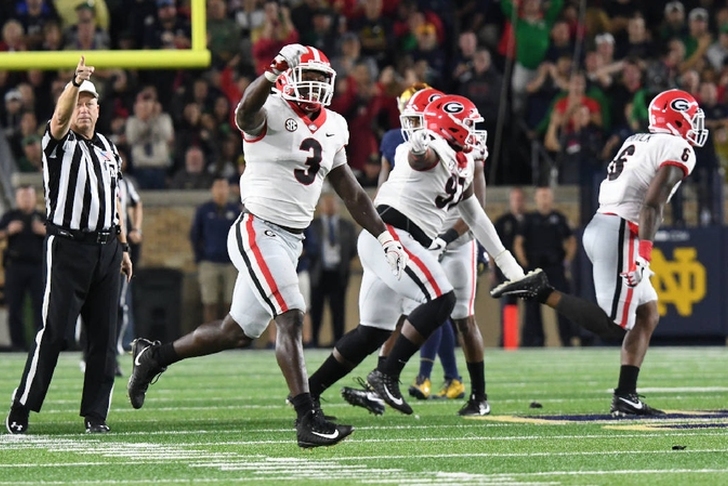 The Oakland Raiders didn't have the season they were hoping for after going 6-10. However, the Black Hole's future is bright with new head coach Jon Gruden and a young, talented roster. The Raiders will look to improve and climb back on top the AFC West by adding talent in the draft and free agency. Here are the latest Raiders news and rumors you need to know.

Roquan Smith Mocked To The Raiders
With the NFL Draft only a few months away, it's time for NFL mock draft season and ESPN's NFL Draft expert Mel Kiper Jr. just released his first mock draft. In his first edition, he has the Raiders addressing their need at linebacker with Georgia LB Roquan Smith.

Smith is a little undersized in terms of a typical NFL linebacker but makes up for it with his speed and quickness. Gruden will fall in love with the toughness that Smith will bring to Oakland. Smith joining Khalil Mack will be a nightmare for any offense for years to come.

The Raiders played undrafted free agent rookie Nicholas Morrow for most of the season and adding a talented player to replace him would be a huge upgrade to this defense.

Today, ESPN's Chris Mortensen reported the Giants are expected to interview Shurmur for a second time this week. Over the next three years, Rio is scheduled to make about $6 million from the Raiders, and any salary he is paid by New York simply will be offset against his Oakland contract, sources tell Mortensen.

Del Rio just finished his third season as Oakland's head coach with a 25-23 record, but that includes a 6-10 mark this season. The Raiders were expected to be one of the best teams in the AFC but instead were one of the biggest disappointments in the league, causing the front office to make a change.

Raiders Sign Andrew West
The Raiders made an early move this offseason by signing long snapper Andrew West. West has spent the last two seasons with the Raiders and is now on a reserve/futures contract.

West was undrafted in 2015 but has spent time with the Kansas City Chiefs, Seattle Seahawks, Los Angeles Rams, and Raiders in his NFL career.