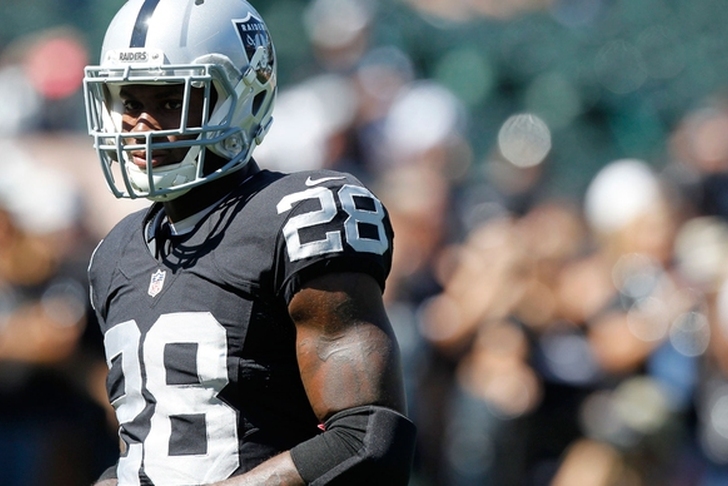 The Oakland Raiders are heading into a crucial offseason as they try to build on the momentum of this past season's playoff berth, and have several key free agents they need to make decisions on.

Perhaps the most important one is starting running back Latavius Murray, but his future with the team is uncertain. He has said that he wants to return to the Raiders next season, yet is also interested to see how much money he can get on the open market.

Raiders GM Reggie McKenzie echoed those sentiments in a radio appearance on 95.7 The Game, hinting that they'd like to re-sign Murray as long as they don't have to break the bank.

“It’s hard to, when you’re talking about a guy that’s close to 6-3, 230 pounds, there’s not a whole lot of similar you can get there," McKenzie said. "He’s one of those kinds that don’t come around too often when you talk about size. I’m always in position to want to sign our own players, but the finances of it will always play a part. But you never know. There are always 31 other teams out there that will be communicating to his representatives and we’ll see where it goes. We like to re-sign our players.”

Oakland used more of a running-back-by-committee approach last year, which could cause them to place a lower emphasis on retaining Murray or on getting into a bidding war to keep him. While that may be the case, quarterback Derek Carr went on record saying that he would definitely prefer to have Murray back.