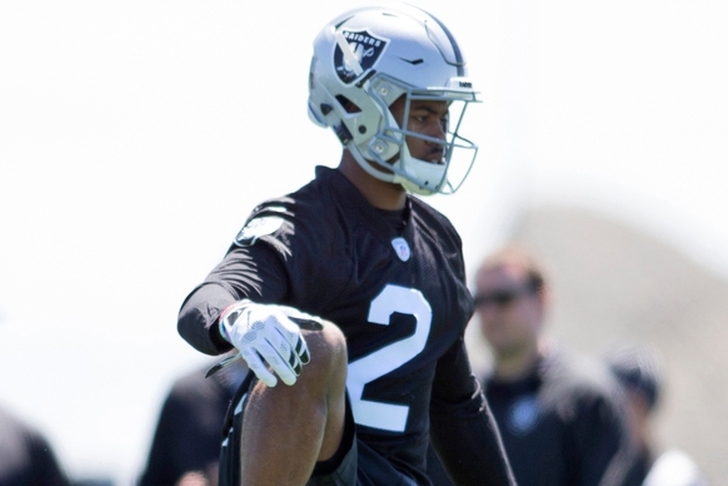 The Oakland Raiders surprised many when they took Ohio State cornerback Gareon Conley with the No. 24 overall pick, but the Raiders feel like they got one of the most versatile players in the draft.

General manager Reggie McKenzie said that the team has "big plans" for Conley, using that versatility to line him up all over the field.

“I think the coaches have a big plan for Gareon,” McKenzie said earlier in the week. “Now, at this point, he’s going to backup until he can show himself in training camp, so he’ll backup the outside corner, and the nickel corner positions, so he’s going to learn multiple cornerback positions. I’m sure he’ll be ready to roll come fall, and we’ll see where it goes once the competition starts.”

While McKenzie says Conley is starting training camp as a backup, he is expected to compete with Sean Smith and David Amerson for the two starting jobs.

There is still an ongoing investigation into a rape accusation made against him and last met with police two weeks ago, which he described as another way to prove his innocence.

"I don't know where things stand, but I know the meeting went well," Conley said. "And it's just another way to prove my innocence -- a step further. But they haven't said anything about where I stand right now.

"It's tough to think about it and all, but I try not to think about, just try to worry about what I'm doing out here right now. Football is like a stress reliever for me."

The second team All-Big Ten performer had 26 tackles with four interceptions and eight pass breakups for the Buckeyes last season.