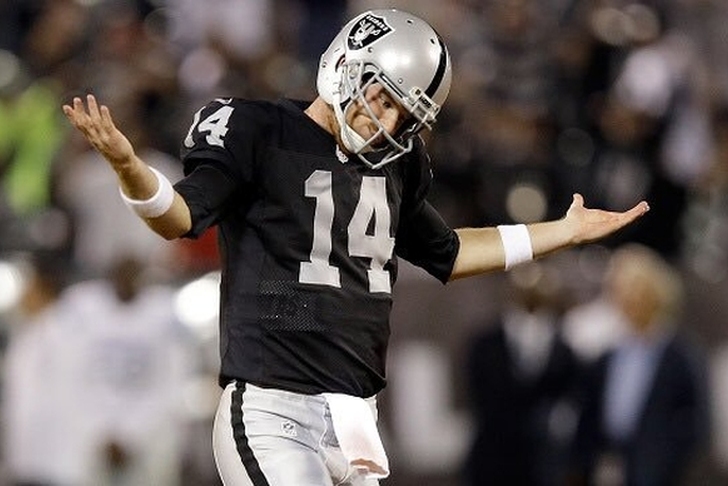 The Oakland Raiders have several key free agents this offseason, one of them being backup quarterback Matt McGloin. However, with third-stringer Connor Cook entering his second season and McGloin wanting to compete for the starting job somewhere else, the Raiders are expected to let him walk in free agency, according to Doug Williams of NBC Bay Area:

McGloin is one of several Raiders who can become an unrestricted free agent. He says he wants to be in a position to fight for a starting job, and with Derek Carr now locked into the starting quarterback role he has no chance in Oakland. Also, the Raiders have Connor Cook, the 2016 draftee who was forced into the lineup in the playoff loss to Houston after injuries to Carr and McGloin.

The Raiders also may bring in a veteran to back up Carr and compete with Cook for the No. 2 job.

McGloin was praised by teammates for his competitive nature, leadership skills and ability when he was pressed into service after Carr was lost for the season on Dec. 24. Now, McGloin has said he wants to go “somewhere where they will give me a chance to compete for a starting role.”

McGloin was a fan favorite after being thrust into the starting role in 2013, his rookie year, passing for 1,547 yards with eight touchdowns and eight interceptions in seven appearances.

McGloin started against the Broncos in the regular-season finale after Derek Carr suffered a fractured fibula, and went 6/11 for 21 yards before suffering a shoulder injury that ended his season.