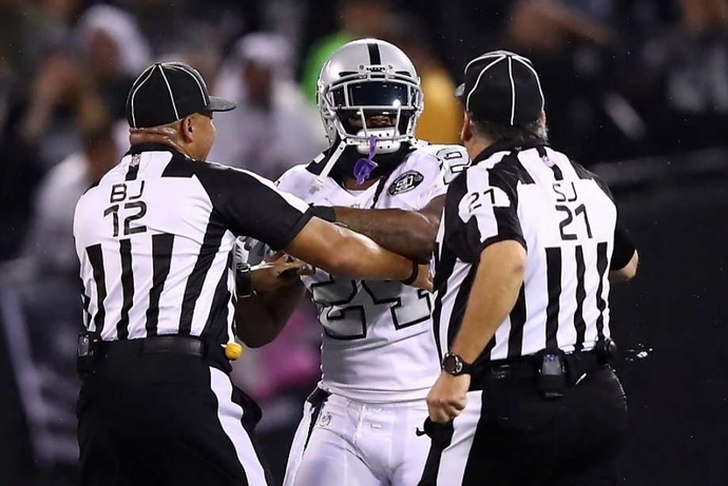 Oakland Raiders running back Marshawn Lynch's one-game suspension has been upheld following his appeal, the NFL and NFLPA announced.

Lynch received the suspension for making contact with an official during Oakland's 31-30 win over the Kansas City Chiefs on Thursday.

Marshawn Lynch has been ejected following his contact with an official #OAKvsKC pic.twitter.com/fBdAh95PR2

Lynch was arguing that nine other players made contact with an official last season and none were suspended. Chiefs cornerback Marcus Peters, Lynch's cousin, also backed him, saying Lynch was trying to calm him down and ease the situation.

However, NFL vice president of football operations Jon Runyan said that the act of Lynch leaving the sideline to join the altercation made it worthy of a suspension instead of just a fine.

Lynch will miss Oakland's game against the Buffalo Bills on Sunday, where he played the first three and a half seasons of his career.

Second-year backs Jalen Richard and DeAndre Washington will split time in the backfield with Lynch's absence. Richard has rushed for 158 yards on 35 carries this season, while Washington has 53 yards on 23 carries.