Raiders News: Latavius Murray Getting All Of The First-Team Reps At Running Back 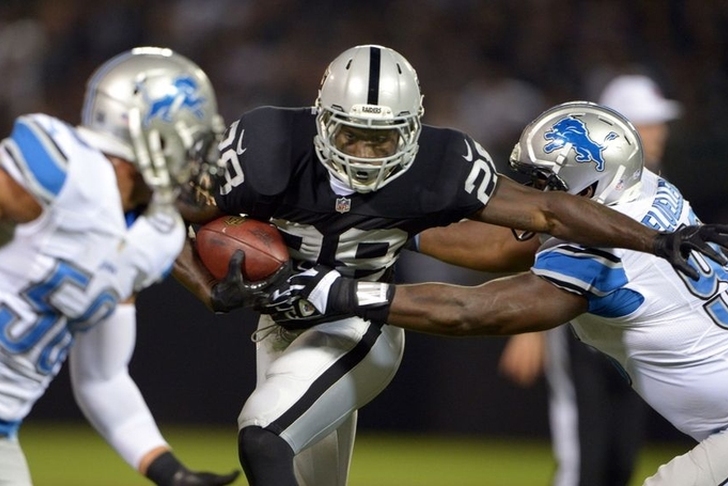 The Oakland Raiders' running back competition doesn't look like much of a competition right now, with incumbent halfback Latavius Murray getting all of the Raiders' first-team reps in training camp over Trent Richardson and Roy Helu Jr.

Oakland Raiders general manager Reggie McKenzie is a huge fan of Murray's, telling reporters recently that Murray "can do it all" in a seeming vote of confidence.

The 25-year-old Central Florida burst onto the national scene with 112 yards and two touchdowns in a Thursday night win over the Kansas City Chiefs last season -- the Raiders' first win of 2014.

He would receive 68 carries in the team's last four games, acting as the team's #1 running back with 46 combined carries in home wins over the Buffalo Bills and San Francisco 49ers.

Want more? Head over to our Oakland Raiders news page!