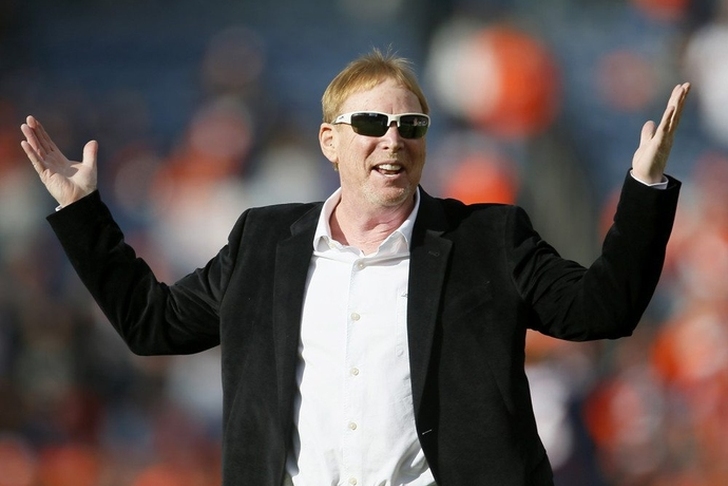 The Oakland Raiders' plans to relocate to Las Vegas hit a major, major snag earlier this week when both billionaire casino mogul Sheldon Adelson and Golden Sachs pulled their financial support for the new stadium project.

Now, ESPN's Ramona Shelburne reports that the $750 million the city of Las Vegas was going to contribute to the project may not be available either.

The Nevada State Senate had approved a bill to fund $750 million of the proposed stadium, but support for that commitment largely came from Adelson's connections and influence, and sources told Shelburne that it should not be viewed as a "standing commitment."

The Raiders could find another investment bank to replace Goldman Sachs in the deal or take on another partner to replace Adelson, in advance of the late-March owners meeting where their relocation to Las Vegas was to be considered. They could also return to Oakland.

Adelson had pledged $650 million to the project, but the Raiders had planned to cover that - along with the remaining $500 million in the $1.9 billion stadium project - with a loan from Goldman Sachs. However, Sachs pulled their investment after Adelson backed out of the deal.

The Raiders have already filed the paperwork to relocate to Las Vegas and have time to rebuild their relocation proposal, which they have to have done before the owners' vote. That vote will not occur late March at the owners' meetings. 24 of the 32 owners need to approve the move for it to happen.