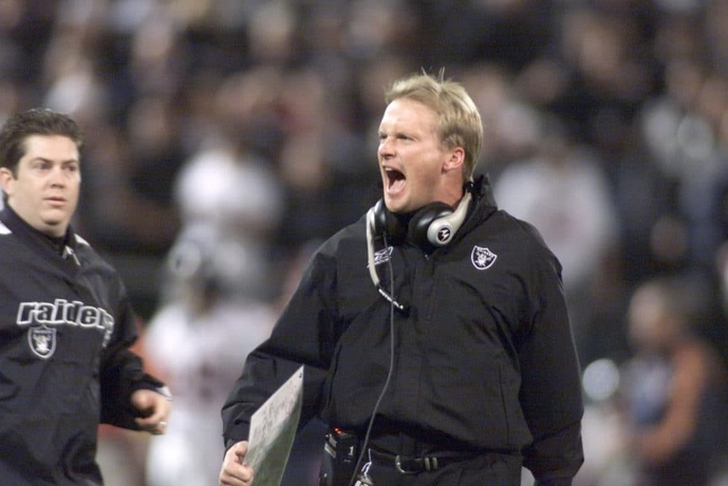 The Oakland Raiders reportedly fired head coach Jack Del Rio with the intention of hiring ESPN analyst Jon Gruden to replace him, and their offer to Gruden is expected to include an ownership stake in the team.

Gruden spoke about those rumors for the first time on ESPN Radio's "Golic and Wingo" on Wednesday and said there's a "good chance" he will be Oakland's next head coach.

"That's up to Mark Davis," he said. "I've had good conversations with Mark and they're still going through the interview process. When he knows, I think we'll all know, but I appreciate Adam [Schefter] and Chris [Mortensen's] confidence that I have a chance of getting that job -- it's awful nice though.

"I think there's a good chance."

Gruden has flirted with the idea of returning to coaching in recent years and was reportedly close to taking the head coaching job at Tennessee before turning it down.

He has not coached since the 2008 season, working for ESPN on Monday Night Football since 2009.