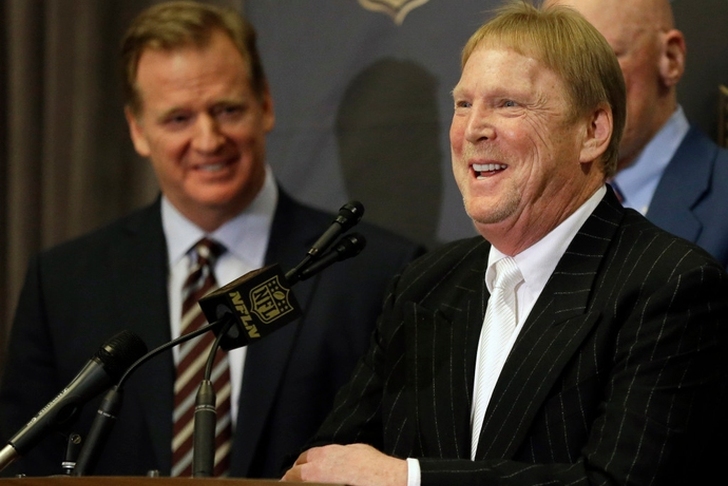 The Oakland Raiders' hopes of relocating to Las Vegas are becoming more and more of a reality.

Despite NFL Hall of Famer Ronnie Lott and his investors’ $1.3 billion plan that would build a new stadium for the team in Oakland, commissioner Roger Goodell sent a letter to Mayor Libby Schaaf on Friday, saying that the new proposal still has major flaws.

“We have been prepared for nearly two years to work on finding a solution based on access to land at a certain cost, without constraints on the location of the stadium or timing of construction, and clarity on the overall development,” Goodell wrote.

“However, at this date, there remains no certainty regarding how the site will be fully developed, or the specific and contractually-defined nature of the participation by Fortress or other parties. In addition, the long-term nature of the commitment to the A’s remains a significant complication and the resolution of that issue remains unknown.”

Goodell acknowledged and thanked Oakland city officials, but said the proposal was not “clear and specific, actionable in a reasonable time frame, and free of major contingencies.”

“Despite all of these efforts, ours and yours, we have not yet identified a viable solution,” Goodell said. “It is disappointing to me and our clubs to have come to that conclusion.”

Oakland submitted their bid for relocation to the NFL in January, and the final step will be receiving the approval of the league's owners (24 of 32 needed to approve the move). That vote will take place during the annual league meeting on March 26-29.