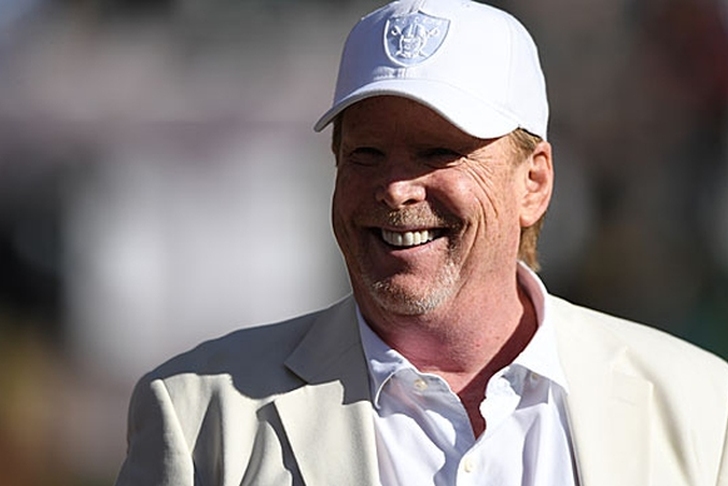 The Oakland Raiders have been trying to relocate to Las Vegas this offseason, but those plans hit a snag when casino mogul Sheldon Adelson "had some differences" with the franchise. Adelson had pledged $650 million to the $1.9 billion stadium project in Las Vegas, money the Raiders would need to find elsewhere if he backed out.

The Raiders have found someone to replace that money if they need it, as investment bank Goldman Sachs has said they will finance the move, according to SFGate's Vic Tafur.

Raiders executives have told the Las Vegas Stadium Authority board that investment bank Goldman Sachs has guaranteed the necessary financing for a move to Las Vegas. That’s with or without casino mogul and prospective partner Sheldon Adelson, according to the Las Vegas Review-Journal.

Adelson “has had some differences with the Raiders,” a league source said after playing a key role in getting Nevada lawmakers to pass legislation that will contribute $750 million in public money to the $1.9 billion stadium project. Adelson pledged $650 million to the 65,000-seat venue, with the Raiders and NFL responsible for the remaining $500 million.

Raiders owner Mark Davis continues to meet with Adelson. Team senior vice president of stadium development and operations Tom Blanda told the Review-Journal Thursday that he was optimistic the matter would be resolved within a month.

There have been reports that Adelson will try to buy part of the Raiders franchise, but NFL has policies in place that would prohibit a casino owner from being a team owner.

A vote among NFL owners on the move will not occur late March at the owners' meetings. 24 of the 32 owners need to approve the move.