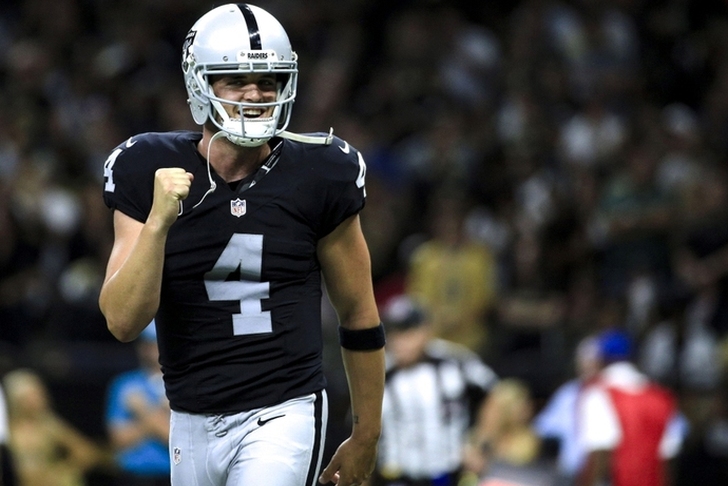 Oakland Raiders quarterback Derek Carr proved himself to be one of the best quarterbacks in the league last year, and he will be rewarded for that. With former quarterbacks coach Todd Downing being promoted to offensive coordinator, he will give Carr more of an influence with the game plan.

“Where I see him needing a little bit more command is just being able to share his thoughts of game plans,” Downing said in a conference call on Wednesday. “Being a student of the game, as he already is, but vocalize what he likes and doesn’t like. I think my relationship with him is something that’s going to give him the opportunity to voice his opinions. I look forward to him really taking charge of expressing his thoughts on the offense.

“There’s been a lot made about his command at the line of scrimmage. There’s certainly going to be opportunities for Derek to do that. That’s not something I feel we’ll even have to get into until we’re much further into this offseason and into training camp.”

Head coach Jack Del Rio has made it a point to keep Carr and Downing together, and everyone is expecting another big year from the 25-year-old signal caller.

“I think Derek made big strides in 2016, just in terms of his command of the offense, being the field general, being able to get through progressions more efficiently,” Downing said. “His footwork took big strides. I certainly want him to remain focused on all of those attributes. You don’t want to feel like you’ve arrived in a certain area of your game and then have it go backwards when the next season starts. Certainly, I want him focused on all of those.”

Carr passed for 3,937 yards and 28 touchdowns with just six interceptions in 15 games before his season cut short due to a fractured fibula.