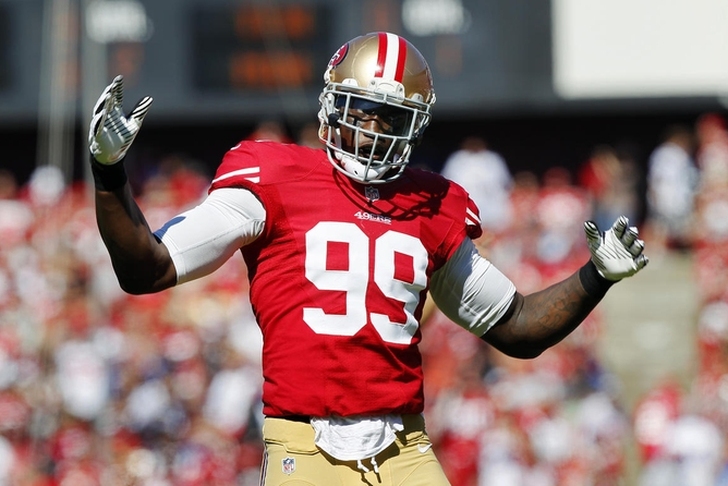 The Oakland Raiders signed Aldon Smith only a day ago, and it'll take some time before he's ready to be a starter.

According to CBS Sports, the Raiders are planning on using Smith in third down packages. It makes sense, as Smith missed almost all of training camp when the San Francisco 49ers cut him. He needs to get into "game shape" and learn the Raiders' playbook.

Pairing Smith and Khalil Mack together could result in one of the best pass rushing tandems in the NFL.