Raiders News: 3 Things We Learned From Training Camp This Week 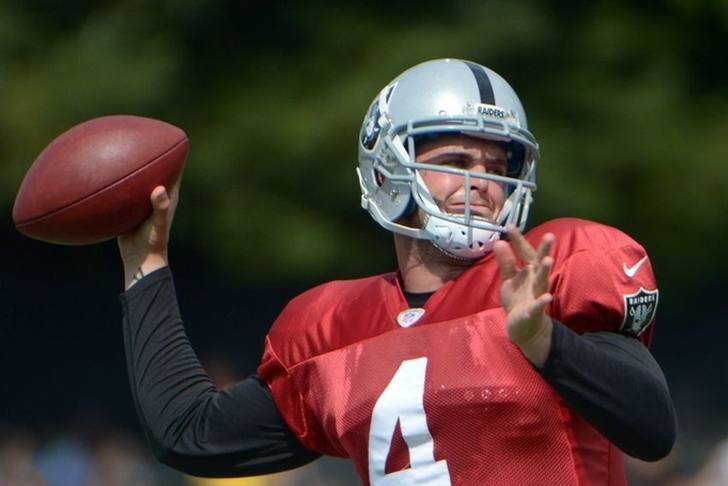 NFL training camps have wound down around the nation and we're starting to get a glimpse at just how rosters are going to shake out when Week 1 kicks off in just under two weeks. What's the story for the Oakland Raiders right now? Here's 3 Things We Learned In Oakland Raiders Training Camp This Week.

Via Frank Schwab of Yahoo! Sports:

Being at Raiders camp the last couple days - Derek Carr is an impressive guy. He gets it. Clearly a leader here too. Exciting for this team

2. The Run Defense Is In Great Shape

The team's defense has been absolutely brilliant against the run in training camp. although Taiwan Jones and Michael Dyer both made banner runs in the team's final full practice in Napa. Those exceptions aside, the Raiders look poised to improve on their 22nd overall rank against opposing ground attacks in 2014.

McGloin has been composed and in control all training camp long. His throw to Kris Durham on camp's final day with the pass rush bearing in on him is emblematic of just how strong he's been and just how ready he'll be if called upon at some point during the 2015 campaign.