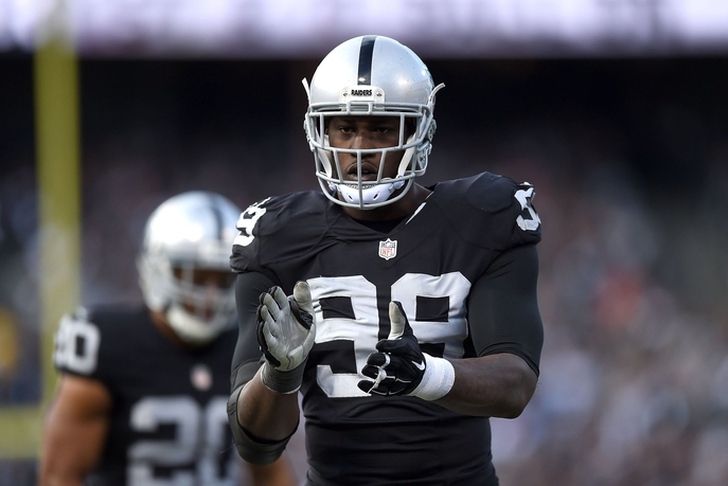 It was reported yesterday that Oakland Raiders LB Aldon Smith would be reinstated to the NFL in March, assuming he doesn't fail another drug test. Smith feels confident that he'll back in the Silver and Black next season, based on an Instagram Live video he did.

A part of the clip is embedded below (they aren't saved), with Smith saying "I'm back. And there's nobody who can stop me. You already know it. Raider Nation, we got this shit."

Quick clip of Aldon Smith on IG Live: "I'm back, and there's nobody who can stop me." #Raiders (small NSFW language warning) pic.twitter.com/VSbNOS1hoW

Smith hasn't played since November 2015, when the NFL gave him an indefinite suspension for repeated violations of the NFL's substance abuse policy. He applied for reinstatement in October 2016, but the NFL waited until the end of the season to announce they were deferring the case until March 2017.

Smith was one of the top pass rushers early in his career, highlighted by his first-team All-Pro berth in 2012, when he recorded up 19.5 sacks. He wasn't quite the same player with Oakland, posting 3.5 sacks in nine games.

Follow our Oakland Raiders team page for all the latest Raiders rumors and news!