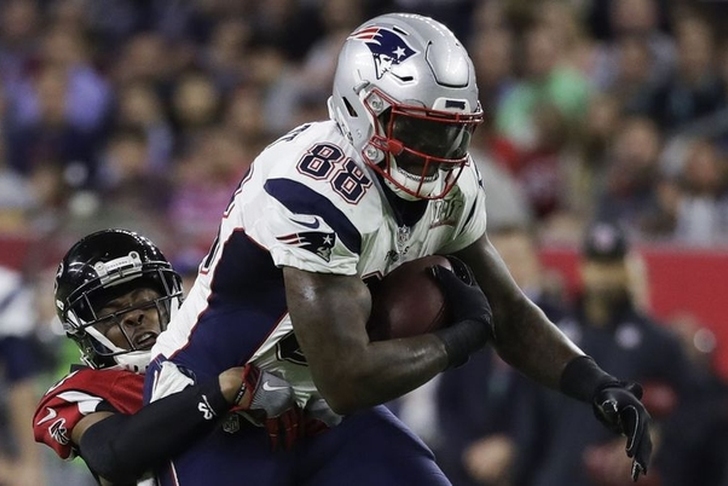 With free agency now officially underway with the start of the new league year, offseason has reached a crucial point for the Oakland Raiders. Since teams have been actively talking to prospective free agents during the NFL's two-day free agency negotiating window, many deals have already been made and rumors of potential deals are flying across the league. Here are the latest Raiders news & rumors you need to know:

Martellus Bennett and the Raiders have shown heavy mutual interest in one another, per source.

New England is no longer pursuing Bennett after making a trade to acquire Dwayne Allen from the Colts.

In his first season with New England, Bennett caught 55 passes for 701 yards and seven touchdowns. He is expected to command a three-year deal worth roughly $18 million on the open market, according to Spotrac.

Raiders not interested in Peterson
Adrian Peterson's father revealed that the All-Pro was interested in signing the Seahawks and Raiders, but Oakland has yet to reciprocate that interest. According to ESPN's Adam Caplan, the Raiders currently do not want to sign Peterson.

On #Raiders and Adrian Peterson: Source said interest level is more on his end to join team than theirs.

With so many rumblings about Murray getting more money in free agency than the Raiders are willing to pay him, and the likes of Adrian Peterson and Eddie Lacy being potential fits in Oakland, Raiders players have already voiced who they want -- Murray. So said Carr, who reiterated his desire on SiriusXM NFL radio last week. As did Irvin, who tweeted, “Say what y’all want but I want my dawg @LataviusM back!” In retaining Murray, who had 12 rushing touchdowns last season, the Raiders would get a known quantity in their system. In Peterson, who would likely have to agree to an incentive-laden deal, they’d get an older back who has dealt with injuries in two of the past three seasons. And in the draft, well, they’d get a total unknown. Still, Oakland needs a bigger lead back to go with Mighty Mites Jalen Richard and DeAndre Washington.

Murray ran for 788 yards and a career-high 12 touchdowns on 195 carries this past season.