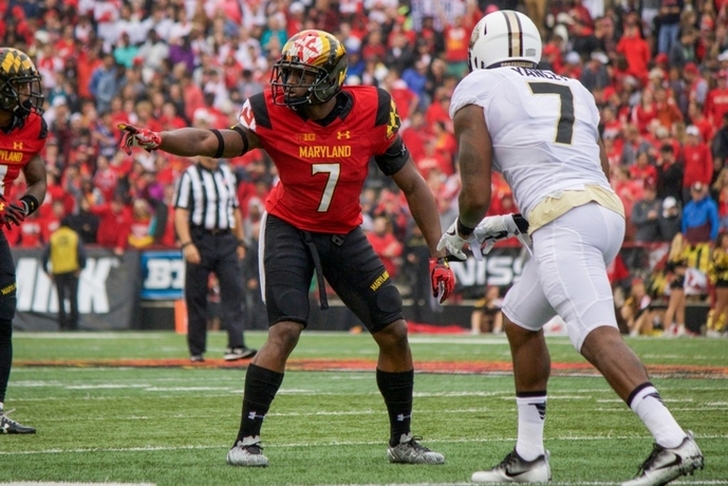 The Raiders draft rumors continue to swirl around who the Oakland Raiders will target in the 2018 NFL Draft. The Raiders need to upgrade their defense, but what players are they looking at in order to do so? Will they target a defensive tackle, cornerback, or perhaps a linebacker in the early rounds of the draft? Here are the latest Raider draft rumors you need to know:

NEXT READ: Here Are 5 Players The Raiders Should Target In The First Round Of The 2018 NFL Draft

JC Jackson Meets With Raiders
The former Maryland cornerback JC Jackson met with the Raiders on Monday, but no word has been released regarding the visit. The Raiders cornerbacks corps was among the worst in the NFL in 2017 and they have lost three of their four top cornerbacks from a season ago.

Jackson ran a 4.46 40-yard dash at the NFL Scouting Combine, which ranked as the 11th best time among the corners. Jackson started 23 games for Maryland the past two seasons developing into the team's top cover corner. He was named an All-Big Ten honorable mention performer by the conference's coaches in 2017 and has traits of a "Gruden Grinder."

Oakland Bringing In Tremon Smith For A Visit
According to SB Nation's Levi Damien, The Raiders will bring in former Central Arkansas cornerback Tremon Smith for a visit. Smith had himself an impressive career in college as a corner and punt returner. He was a two-time All-Southland Conference First Team defensive back and an Honorable Mention Punt Returner.

Smith is 6 feet tall and weighs 186 pounds, but plays much bigger than his size. During his fours years at Central Arkansas, he racked up 146 tackles, 53 pass breakups, and 15 interceptions.