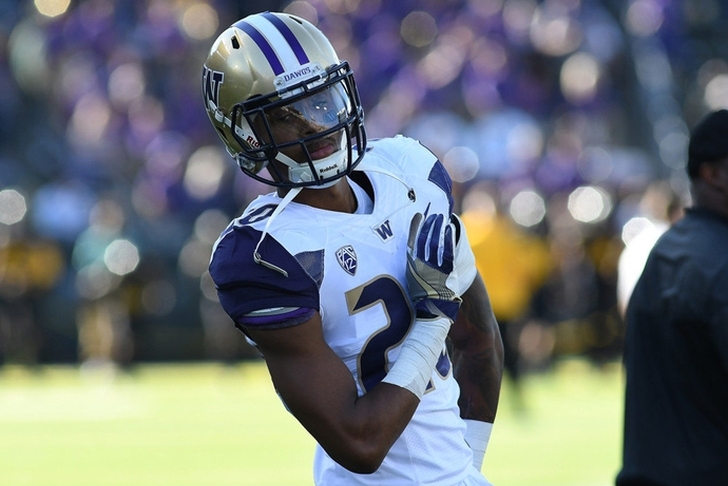 Raiders unlikely to draft a running back
Former Seahawks running back Marshawn Lynch visited the Raider's practice facility and told the team that he intends to come out of retirement and play for them this season. Seattle would either have to release him or trade him to the Raiders since Lynch retired one year into a two-year, $24 million extension, and the Seahawks have said they are willing to explore such options.

A lot still has to play out in this process, but right now, it looks like Marshawn Lynch will fill a need and be Oakland's starting running back for the upcoming season. As such, the Raiders are not expected to pick a running back in this draft - at least not until the late rounds.

Oakland interested in Kevin King?
Cornerback is an area of need for the Raiders, and if they draft one in the first round, ESPN's Mel Kiper Jr. expects them to pick Washington's Kevin King, via Raiders.com.

In 2016, the Oakland Raiders did just that by retooling the secondary with the addition of safety Karl Joseph, who was selected with the 14th overall pick, and according to ESPN Draft Insider Mel Kiper, Jr., the Silver and Black could possibly take this approach once again in 2017.

Kiper – along with fellow ESPN Insider Todd McShay – released the fourth version of their respective  Mock Drafts Wednesday morning listing their picks for the first two rounds of the 2017 NFL Draft. While talking with reporters via conference call Wednesday afternoon, Kiper shared his thoughts with Raiders.com about University of Washington cornerback Kevin King, who he has slated to the Raiders at No. 24 overall.

“Oakland, when you think about where they are with their secondary, cornerbacks with that kind of skill set… because a lot of eyes are on King,” said Kiper.

King had 44 tackles with two interceptions and 13 pass breakups in 14 games last season.

Cam Robinson another target?
The Oakland Raiders already have one of the best offensive lines in the entire NFL, but Fansided's Maliik Obee explains why the team is interested in Alabama tackle Cam Robinson in the first round:

Sure, Donald Penn is coming off a Pro Bowl season, but he will be turning 34 on draft day. So finding the left tackle of the future should definitely be considered.

Robinson excelled against the SEC’s best pass rushers over the last three seasons as a starter for the Crimson Tide. Even a year under Penn’s tutelage will prepare Robinson to take the reigns.

The Raiders could allow him to compete on the right side of the line in the meantime, which is the weak point of the offensive line. Robinson would be in the mix with Vadal Alexander, Marshall Newhouse and Austin Howard.

Robinson started the season a projected top-five pick, but poor play this season has dropped him to a mid- to late-first round prospect.