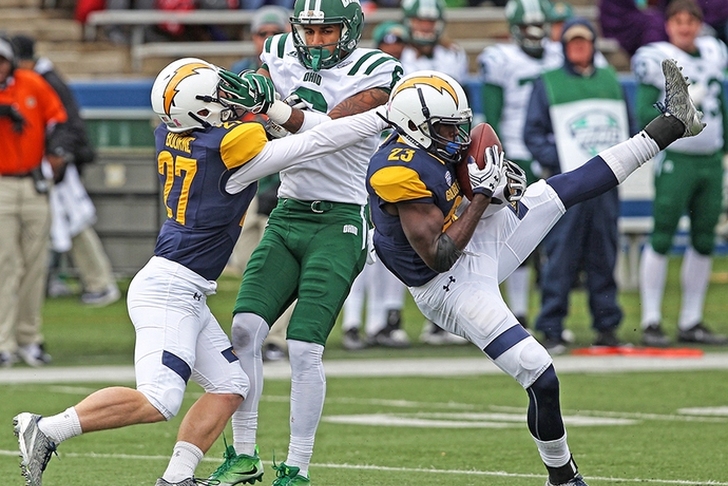 The Raiders rumors surrounding who Oakland will target in the 2018 NFL Draft continue to grow now that NFL free agency has slowed down and the draft is only a month away. The Oakland Raiders have been busy this offseason, signing or resigning 16 players to this point in free agency, but still have holes that need to be addressed in the draft. Oakland needs defensive help, but after signing cornerbacks Rashaan Melvin and Shareece Wright will they draft a corner in this year's draft?

According to SB Nation's Levi Damien, the Raiders will hold a private workout with Kent State cornerback Jerrell Foster.

There is still no date set for when Oakland will host Foster, but there must be some interest since he is visiting the Raiders. Foster racked up 83 tackles, 17 passes defensed and four interceptions over the last two seasons with Kent State.

While the cornerback out of the MAC wasn't invited to the 2018 NFL Scouting Combine, Foster posted a 40-yard dash time of 4.45. It's still difficult to pinpoint when exactly Foster would be drafted, but he will more than likely be a late-round selection or go undrafted.

Foster is a name Raiders fans should monitor leading up to the draft because he has caught the attention of general manager Reggie McKenzie, head coach Jon Gruden, or the team's scouting department.

The Raiders released cornerbacks David Amerson and Sean Smith this offseason and with question marks surrounding cornerback Gareon Conley, cornerback remains a need for the Raiders entering the draft.