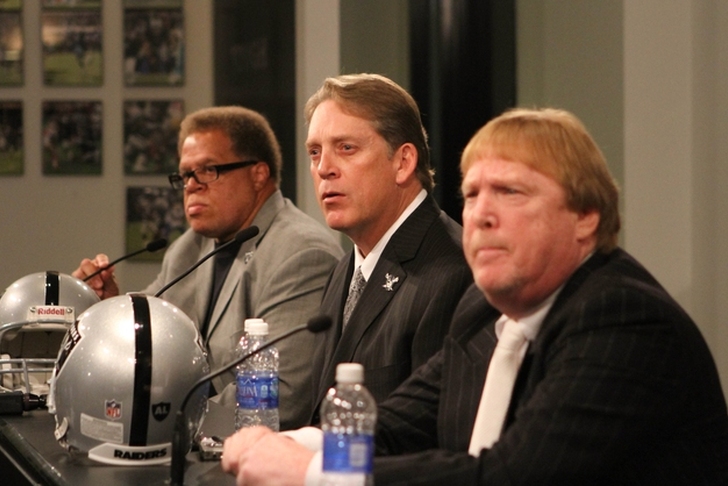 The Oakland Raiders reportedly reached an agreement with retired running back Marshawn Lynch about him returning to the NFL and playing for them. Once they acquire him from the Seattle Seahawks, he is expected to be Oakland's starting running back.

However, adding Lynch doesn't mean the Raiders will avoid the position in the draft. In fact, they'll likely take one because of the depth in this year's class, according to Rob Rang of CBS Sports.

Adding Lynch to the Raiders' dynamic offense is sure to get Oakland (and fantasy football enthusiasts) excited, but do not expect McKenzie to ignore the position come draft day even if the anticipated trade goes through. The Raiders currently have just three running backs on the roster, with Taiwan Jones the most experienced of them. Jones, for what it is worth, ran once last season for minus-8 yards and has not yet scored a touchdown on the ground in 65 career NFL games. Adding Lynch would give the Raiders an obvious headliner, but the Raiders would still likely take full advantage of this year's depth at the position.

The Raiders have had meets with four running backs to this point in the pre-draft process - Florida State's Dalvin Cook, Stanford's Christian McCaffrey, Oklahoma's Joe Mixon and Clemson's Wayne Gallman.