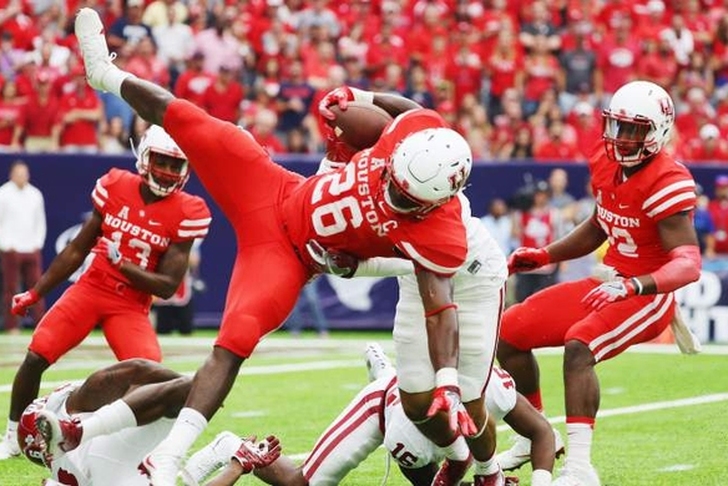 The Oakland Raiders have lined up a visit with one of the most versatile prospects in the NFL Draft in Houston defensive back Brandon Wilson, according to Kristian Dyer of the Sporting News.

Not only was Brandon Wilson a standout defensive back at Houston, but he also once topped 100 rushing yards in a game against Navy when his team needed him at running back.

Now more NFL teams are taking long looks at the freakish athlete who could be a cornerback, safety or running back at the next level.

Wilson will have an official top-30 visit with the Cincinnati Bengals next week, a source tells Sporting News, adding that he also has a visit with the Oakland Raiders lined up for Wednesday. Wilson also worked out for the Detroit Lions on Houston's campus Monday and for the New England Patriots earlier this month, the source said.

Wilson played in 10 games as a senior this past year, racking up 43 tackles with four tackles for loss, two sacks and one interception. He also returned two kickoffs for touchdowns as a junior in 2015.