Raiders Draft Rumors: Oakland Looking To Trade Down In First Round? 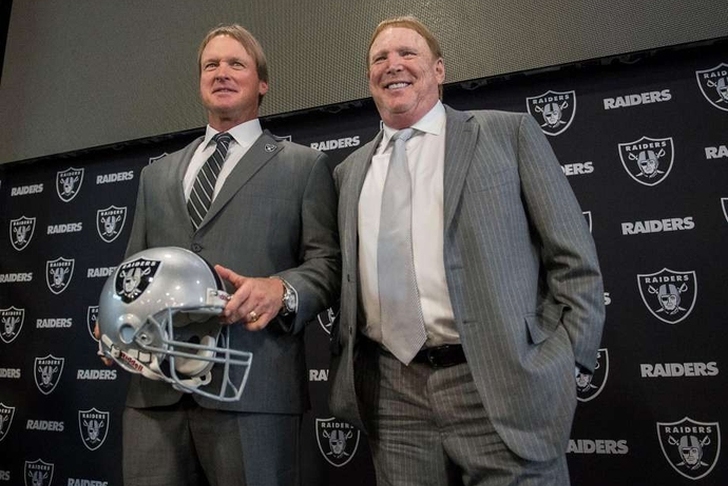 The Oakland Raiders currently have the No. 10 overall pick in the draft, but there's a good chance they don't keep that pick.

According to Pete Prisco of CBS Sports, the Raiders are looking to trade down in the draft.

"I think the Raiders would prefer to trade down. You hear that a lot too," Prisco said.

An offensive lineman and Vita Vea are also guys Pete pegged as possible picks for the Raiders.

The Raiders have a number of needs they're looking to address in the draft, particularly in the secondary and in their linebacking core, but they're great candidates to trade down should one of the top four quarterbacks (Sam Darnold, Baker Mayfield, Josh Rosen, Josh Allen) fall to them.

The Miami Dolphins, Buffalo Bills, and Arizona Cardinals are all outside of the top 10 but are looking to trade up to draft one of those four quarterbacks.