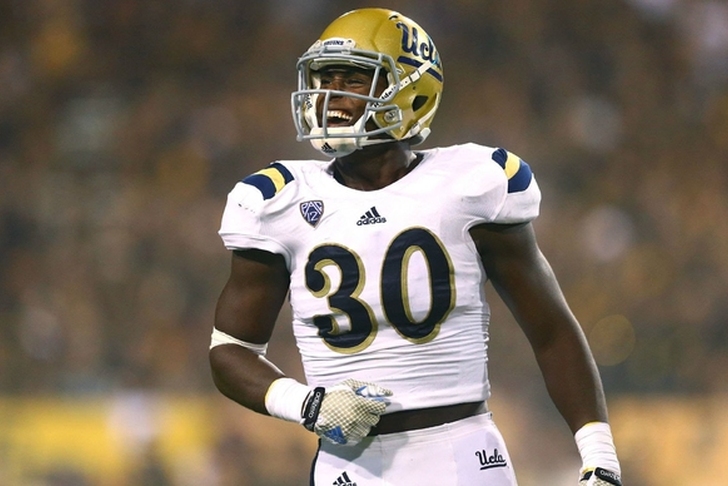 The Oakland Raiders hold the No. 14 overall pick in the NFL Draft, and there has been plenty of speculation as to what they will do to help their playoff push next season. Here's all the latest news and rumors surrounding Oakland's draft plans:

Myles Jack to Raiders?
UCLA linebacker Myles Jack is expected to slide in the draft due to lingering questions stemming from the torn ACL he suffered this past season, and NFL Network's Mike Mayock has him sliding to the Raiders at No. 14:

“The knee is an important deal and he’s going to slide. I don’t know where to put Jack in this entire draft because of the medicals. The Raiders need an athletic linebacker. Jack’s a great fit, but I don’t know what they might have on him in regard to his knee.”

Jack recently told the LA Times that he would love to play for the Raiders.

"For them to call me like that and say, 'Hey, we want to work you out,' it was a no-brainer for me. I was about to get on a flight to go to my family, but when they called I was like, 'If Raider Nation wants me to be a part of that, with that defense they're building, I would love to be a part of that.'

With all the rumors and speculation, they really wanted to see what my knee was about. I passed it. I went through everything. They checked my knee for swelling and there was nothing. They put me through the gantlet and I did it."

William Jackson a fallback option?
If Jack is off the board, what will the Raiders do? The Oakland Tribune's Jerry McDonald says they'll take Houston cornerback William Jackson:

Really don’t think Raiders will wind up picking at this spot, but if back-trader Reggie McKenzie can’t find a deal to his liking, he tries to make up for DJ Hayden. Could wind up with Jackson anyway.