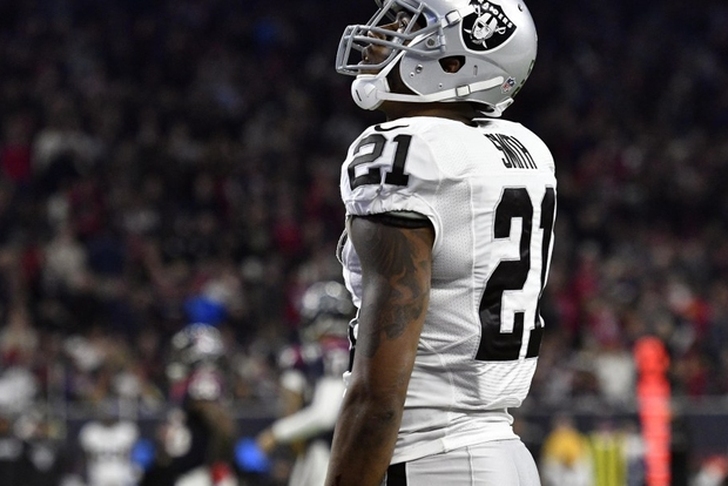 Oakland Raiders CB Sean Smith has had a rough preseason, getting demoted to the second string. Now, he's facing criminal charges after being arrested and charged with felony assault.

The assault reportedly occurred back on July 4th. The Los Angeles County district attorney office says that Smith "beat and then stomped" his sister’s boyfriend's head in Pasadena, California. The incident "inflicted great bodily injury" on the boyfriend. Smith has been charged with felony assault and felony count of battery with serious bodily injury.

Smith was arrested at 2 p.m. ET and remained in jail Thursday night with a bail of $80K. He has a court date set for Sept. 29th, two days before the Raiders play the TEAM. If convicted, he faces up to seven years in jail.

The Raiders and the NFL have not commented. Ian Rapoport did speak with Smith's defense attorney, Daniel Rosenberg, who said Smith will plead not guilty and fight the arrest all the way through court.

Smith signed a four-year, $38 million deal last year with the Raiders. He had issues during his first year with Oakland and had been demoted to the second string in training camp practices.

Check out our Oakland Raiders team page for all the latest Raiders Rumors or download Chat Sports App!