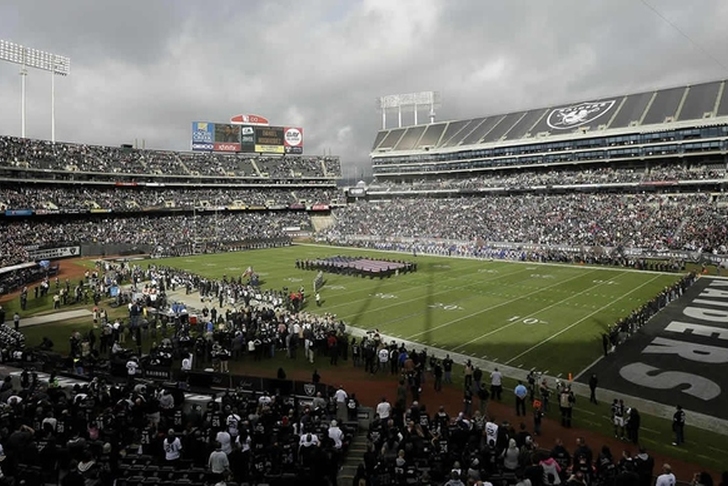 The Oakland Raiders have announced that they'll remain in Oakland and play at the O.co Coliseum again in 2016, ending months of speculation about the team's next move (or non-move).

The agreement with the Coliseum Authority includes team options for the 2017 and 2018 seasons, giving the Raiders time and leeway to look for alternate stadium sites both inside the Bay Area and outside.

“It gives us an opportunity to work on a permanent facility here in Oakland,” Davis said, via NBC's Pro Football Talk. “It gives us some certainty for this season as well as flexibility for the next two seasons. . . . My heart is here in Oakland.”

Davis added that the agreement is a "win-win situation" for both the team and the City of Oakland. The team has employed real estate executive Larry MacNeil, who worked with the 49ers during their move into Levi’s Stadium in Santa Clara, to help the Raiders worth with the city on a new stadium deal.

Raiders officials are optimistic about keep the team in Oakland. Also, in a gesture of good will to the fans and in hopes of driving attendance up, the team has announced that it will not raise season ticket prices for 2016. More info on this breaking Raiders story inside Chat Sports' iPhone and Android apps!