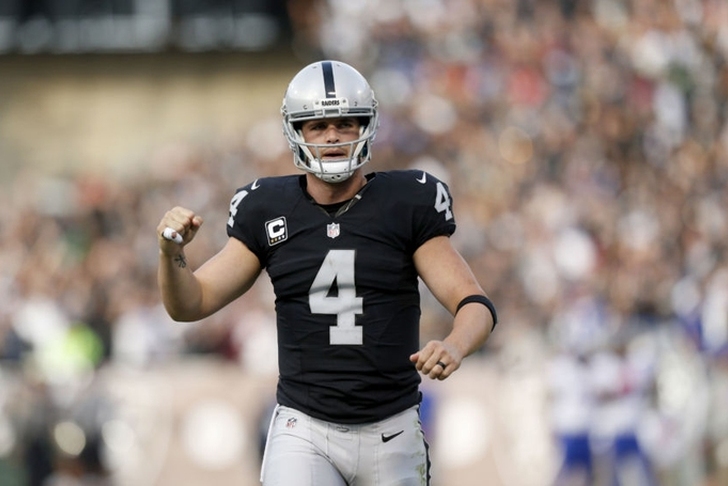 The Oakland Raiders are close to signing QB Derek Carr to a new extension. The reported money involved would make the new deal for Carr a record breaker.

Raiders and Derek Carr are close to finalizing a deal expected to pay their quarterback about $25 million per year, per league sources.

Schefter also reports the "record deal" could be done as soon as the end of this week. The two sides are still working out the contract language. The exact money, including how much is guaranteed, is not yet known.

If the deal does come in at $25 million per year, that would make Carr the highest paid player in the NFL. The current high is the $24.6 million per year Andrew Luck gets from the Colts.

Carr, a second round pick in 2014, has emerged as one of the best young QBs in the NFL. His contract was set to expire after this coming season. Despite missing time with injuries last year, Carr completed nearly 64 percent of his passes for 3,937 yards, 28 TDs and just six picks.