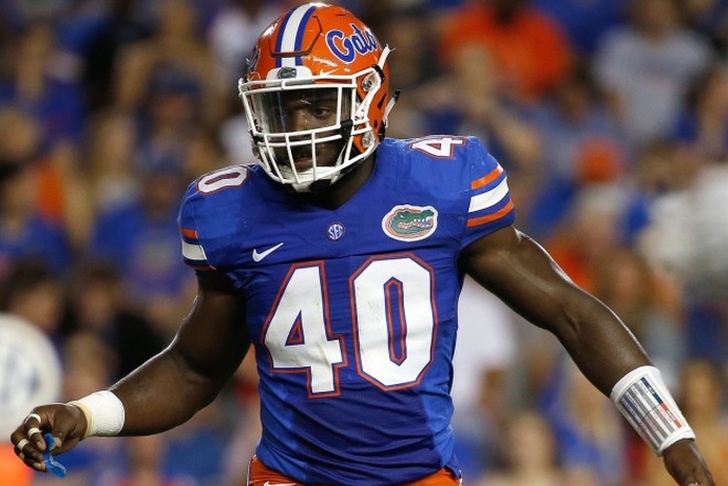 The 2017 NFL Draft is just a few days away, and the Oakland Raiders are putting the finishing touches on their draft board. While most of the focus has been on what they will do with the No. 24 overall pick in the first round, the Raiders have several needs they plan to address with all of their draft picks. Here is Chat Sports' projections for every Raiders pick in the draft:

Round 1, Pick 28 - Jarrad Davis, LB, Florida
This pick was going to be Gareon Conley, but then he was accused of rape. With so little time for the NFL to figure out what happened (the NFL hates uncertainty), Conley could be in for a La'el Collins situation. So instead, the Raiders take top LB on the board, filling a major need.

Round 2, Pick 56 - Desmond King, DB, Iowa
With LB taken care of, the Raiders look towards the secondary. King lacks speed and size, but he would thrive in a zone scheme. He could also shift to safety if corner doesn't work out. He's been the best college corner for at least the last two years.

Round 3, Pick 88 - Elijah Qualls, DL, Washington
The Raiders cut Dan Williams, so defensive line help is needed. Qualls can be a run-stuffer, although hopefully more productive than Qualls.

Check out our Oakland Raiders news page for all the latest Raiders Draft Rumors or download the Chat Sports App!