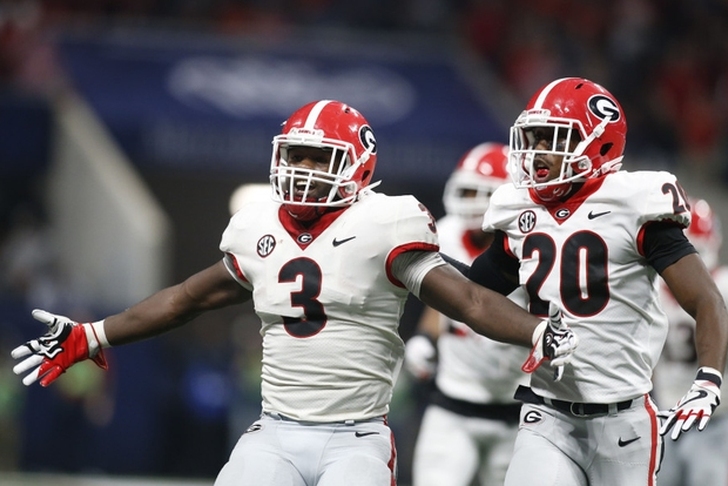 The Raiders rumors surrounding who Oakland will target in the first round of the 2018 NFL Draft continue to grow now that NFL free agency has slowed down. The Oakland Raiders have been busy this offseason, signing or resigning 16 players to this point in free agency, but still have holes that need to be addressed in the draft. Oakland needs defensive help, but will they select a linebacker, defensive tackle, or a cornerback in round one? Perhaps they want to build the offensive line around quarterback Derek Carr and select a lineman?  Here are the latest Raiders NFL Draft news and rumors you need to know:

Roquan Smith Mocked To Oakland?
It's hard to project which NFL teams will draft certain players this time of the year. For the Raiders this is different as many experts seem to have an early consensus for Oakland's first-round pick, Georgia linebacker Roquan Smith.

Today John Harris of the Washington Post continued the love for Oakland selecting Smith in the first round of the NFL Draft.

Smith is a little undersized in terms of a typical NFL linebacker, but makes up for it with his speed and quickness.  Gruden will fall in love with the toughness and energy that Smith will bring to Oakland. Smith joining linebacker Khalil Mack will be a nightmare for any offense for years to come.

Raiders Trade For Fifth Round Pick
The Raiders have been busy this week with a bunch of moves in free agency and just when you thought Oakland was done, they made a trade. Yesterday the Raiders traded fullback Jamize Olawale to the Dallas Cowboys. The Raiders also sent a sixth-round pick in exchange for a fifth-round pick.

Olawale played the past six seasons in Oakland but started his career with the Cowboys practice squad. The 28-year-old spent his rookie offseason in Dallas after he went undrafted in the 2012 NFL Draft.

The Raiders Have 11 Picks in the 2018 NFL Draft?
Believe it Baby! Most Raiders fans know they have the 10th overall pick in this year's upcoming draft, but what about beyond the first round? The Raiders still have 10 more picks outside of the first round and if they want to make it back into the playoffs, they need to have a successful draft.

The Raiders will have 11 picks in April, the most since 2007 when Oakland also had 11 picks.