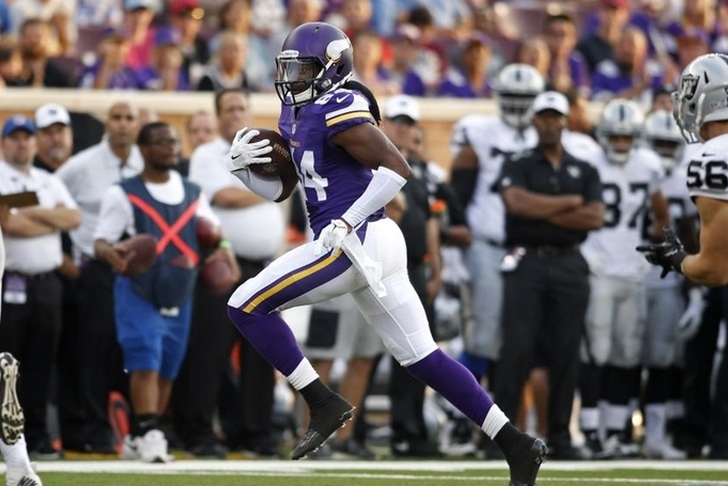 NFL Free Agency isn't over yet, but we're through the first week and over 100 players have signed. Among the teams close to being finished is the Oakland Raiders. The front office didn't have a boatload of cap space to work with - and still have the potential move to Las Vegas hanging over them - but they found a way to make a few notable moves this free agency.

This grades include trades, retirements, signings, re-signings and releases. With that in mind, here's our free agency grade for the Raiders.

Let's get the bad out of the way first - E.J. Manuel will probably get cut in training camp when he loses the backup job to Connor Cook. As for the rest of the signings, there is a lot of upside. Jelani Jenkins will be an upgrade to the linebacking core when he's healthy, but that's a big if - he has made just 34 starts in his four-year career due to various injuries. Newhouse will probably lose the starting right tackle battle to Austin Howard, but he's versatile enough to play anywhere along the line.

Patterson was probably the flashiest signing of this group, and he gives the Raiders a dynamic return man and deep threat in the passing game. Cook also provides a boost as a receiving tight end.

Murray has been Oakland's leading rusher for the past two years, and he leaves a big hole the Raiders will probably look to address in the draft. Losing Smith hurts, too, but the Raiders weren't going to sniff the five-year, $26.5 million deal he got from San Francisco. The loss of Holmes has been offset by the addition of Patterson.

Grade: B-
Oakland's losses will hurt, but all of them received massive contracts from their new respective teams that the Raiders simply weren't going to match. Their additions were good, but not great, and still have to address the running back position.