The Latest Raiders Rumors On The NFL Draft, Myles Jack And More 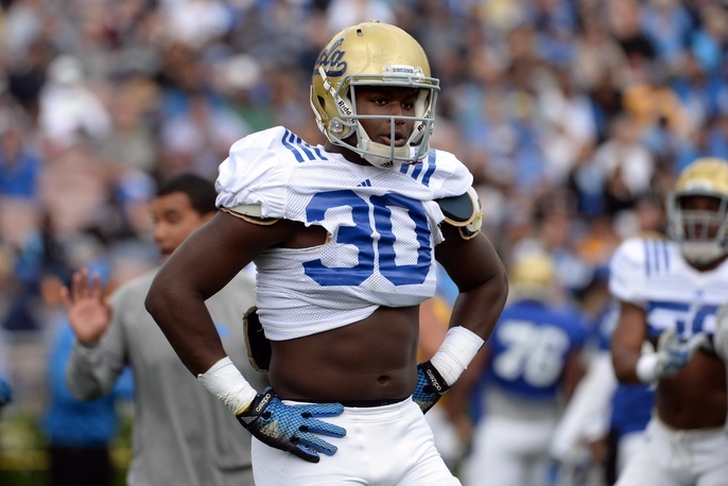 The NFL Draft is a mere two away, and there are plenty of Oakland Raiders rumors floating around. The Raiders have already had a great offseason thanks to some high-impact signings and have a chance to make their team even better by adding talent in the draft. The Raiders are in a position to take the best player on the board, which is why they've been linked to numerous players thus far. Let's get you caught up to speed with all the latest draft rumors, news and speculation surrounding the Raiders.

Myles Jack Visited With Raiders
With speculation that his knee injury could cause a draft day slide, UCLA LB Myles Jack took his final pre-draft visit with the Raiders.

Jack is a Top 5 talent, but some teams have taken him off their draft boards after his medical re-checks. While there's a good chance any slide stops before the Raiders pick, Jack would be a great addition to their LB corps. The team has a big need at MLB, and Jack would be a perfect it.

Raiders Looking At DTs?
According to Matt Miller of Bleacher Report, the Raiders would love to get Ohio State RB Ezekiel Elliott, but are looking at DTs in the likely event Elliott is off the board. Here's what Miller reports:

"A coaching source in Oakland said the Raiders would love Elliott to fall to them, but a realistic option is a big defensive tackle or left tackle of the future, per the same source. Two names to remember, according to the coach I talked to, are Chris Jones and [Robert] Nkemdiche."

Nkemdiche has talent, but also off-the-field concerns that could cause a draft day slide. Jones is another player with potential, and could go early than many expect. It's a deep DL class, so the Raiders will have plenty of options.

Follow our Oakland Raiders team page for all the latest Raiders rumors and download the Chat Sports App to be alerted the second the Raiders make their pick.