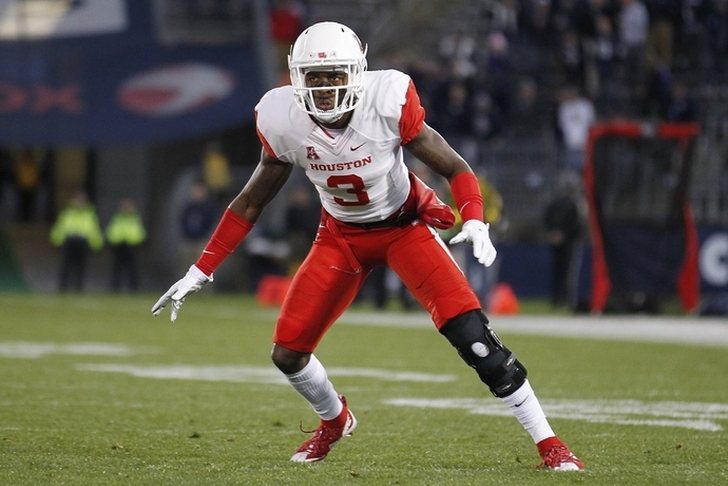 The NFL Draft is just over a week away, and there are plenty of Oakland Raiders rumors floating around. The Raiders have already had a great offseason thanks to some high-impact signings and have a chance to make their team even better by adding talent in the draft. The Raiders are in a position to take the best player on the board, which is why they've been linked to numerous players thus far. Let's get you caught up to speed with all the latest draft rumors, news and speculation surrounding the Raiders.

William Jackson A Target?
The Raiders looking at a CB from Houston could cause some Raiders fans to have flashbacks of D.J. Hayden getting burned, but the Raiders are at least interested in William Jackson III. He has great size and speed and the Raiders have already had a visit with him. There's enough of a connection that Vic Taufur mocked Jackson to the Raiders. Jackson should be a first round pick and will likely go during the middle of Round 1.

Raiders Want A MLB?
One of the biggest needs the Raiders have yet to address is MLB, with last year's five rounder Ben Heeney the current projected starter in the middle. That's why it's not much of a surprise that Taufur reports the Raiders are looking to take one.

"The club, which is also looking for an inside linebacker, might try to trade down if given a chance," wrote Taufur.

The target, whether the Raiders move down or stay at No. 14, would likely be Reggie Ragland. The Alabama LB is the top middle backer in this year's class and should be a Top 25 selection and possibly a Top 15. His ideal fit is in a 3-4 defense, a scheme the Raiders have the personnel to run.

Raiders Trading Mychal Rivera?
This isn't the first time Rivera has been rumored to be on the block, but it seems like the Raiders are trying to move him.

From @caplannfl : The #Raiders have made Mychael Rivera available via trade because they are very high on Clive Walford.

Walford started two games last season, catching 24 passes for 3 TDs. A former sixth round pick, Rivera caught 32 passes for one score last season. He has one year left on his deal, which could be a factor in the Raiders trying to get something for him in this year's draft. A late round pick is likely the best the Raiders will get in any trade.

Follow our Oakland Raiders team page for all the latest Raiders rumors, or download the Chat Sports App.