The Latest Raiders Rumors On The NFL Draft And Josh Norman 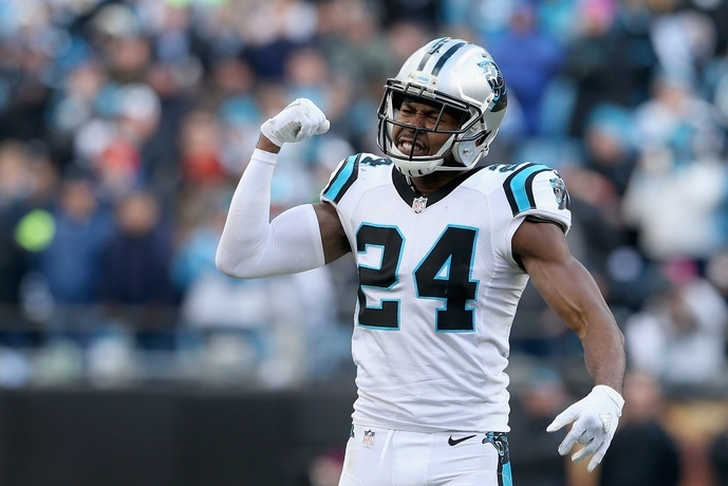 The NFL Draft is just a week away, and there are plenty of Oakland Raiders rumors floating around. The Raiders have already had a great offseason thanks to some high-impact signings and have a chance to make their team even better by adding talent in the draft. The Raiders are in a position to take the best player on the board, which is why they've been linked to numerous players thus far. But the draft isn't the only thing going on, as Josh Norman has hit the open market. The Raiders could be one of the teams trying to land him. Let's get you caught up to speed with all the latest draft rumors, news and speculation surrounding the Raiders.

Raiders An Option For Josh Norman?
The Raiders have already been big spenders this offseason, but Norman hitting the open market could cause them to open the wallets again. ESPN and CBS peg the Raiders as a potential landing spot, although the team's $12 million in cap space will be an issue. Norman reportedly wants $16 million per year, which might be too much for the Raiders. But hey, at least Bruce Irvin is trying to get Norman to head to Oakland.

Raiders Looking For Donald Penn Replacement?
The Raiders don't have many needs, but they will need a future LT to eventually replace Donald Penn. CSN Bay Area reports finding a future LT could be a priority. If the Raiders take someone in Round 1, Jack Conklin or Taylor Decker could be options. If they wait until Round 2, Jason Spriggs could be a strong selection, although it's a bit unlikely if he'll last that long. As for later round options, CSN Bay Area says Nebraska's Alex Lewis or Western Michigan's Willie Beavers could be options.

Follow our Oakland Raiders team page for all the latest Raiders rumors or download the Chat Sports app!