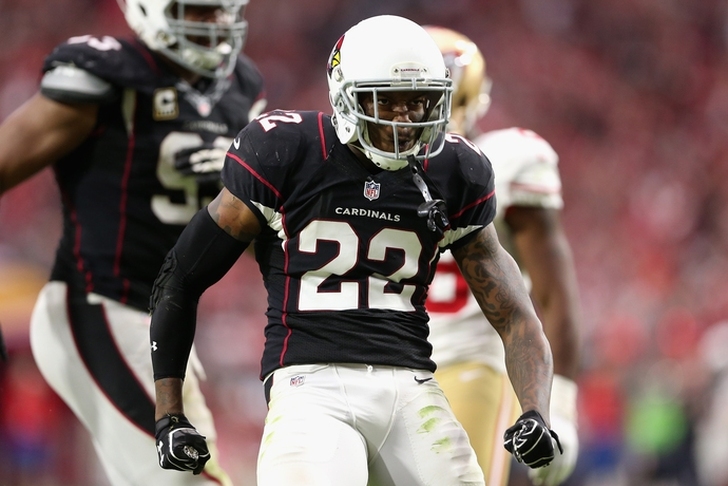 NFL Free Agency is officially here, and the next few days will feature a few Oakland Raiders rumors. The Raiders have been among the most active teams early, and they might not be done yet. With that in mind, here are all of the interesting rumors and news tidbits on the Raiders.

Raiders Looking At Tony Jefferson?
The Raiders wanted to land safety Eric Weddle, but he signed with the Ravens. While Weddle is no longer an option, the team is still searching for safety help.

Source: Raiders have had discussions with FA S Tony Jefferson, along with a few unspecified teams.

The gifted Jefferson is a restricted free agent, but the Cardinals will get nothing back in return if they don't sign him. Jefferson is best as an in-the-box strong safety, something the Raiders could use. Arizona signing Tyvon Branch could indicate they are preparing to lose Jefferson, although they can still match whatever offer a team gives Jefferson.

Via text: Andre Holmes to the Raiders " will be in the books here, soon"

Holmes only caught 14 passes, but can be a backup WR. That's all the Raiders need him to be with Amari Cooper and Michael Crabtree on the roster.

Donald Penn Market Remains Unchanged
The market for OT Donald Penn remains unchanged. He is still a free agent, but there hasn't been any reported movement on his market. The Raiders want to bring him back, but the Seahawks have also looked into Penn. Penn, and a few other offensive linemen like Kelvin Beachum, are likely waiting for Russell Okung to sign. Until that happens, it seems unlikely that Penn will make a choice on where he will play. The Raiders have the cap space to bring Penn back.